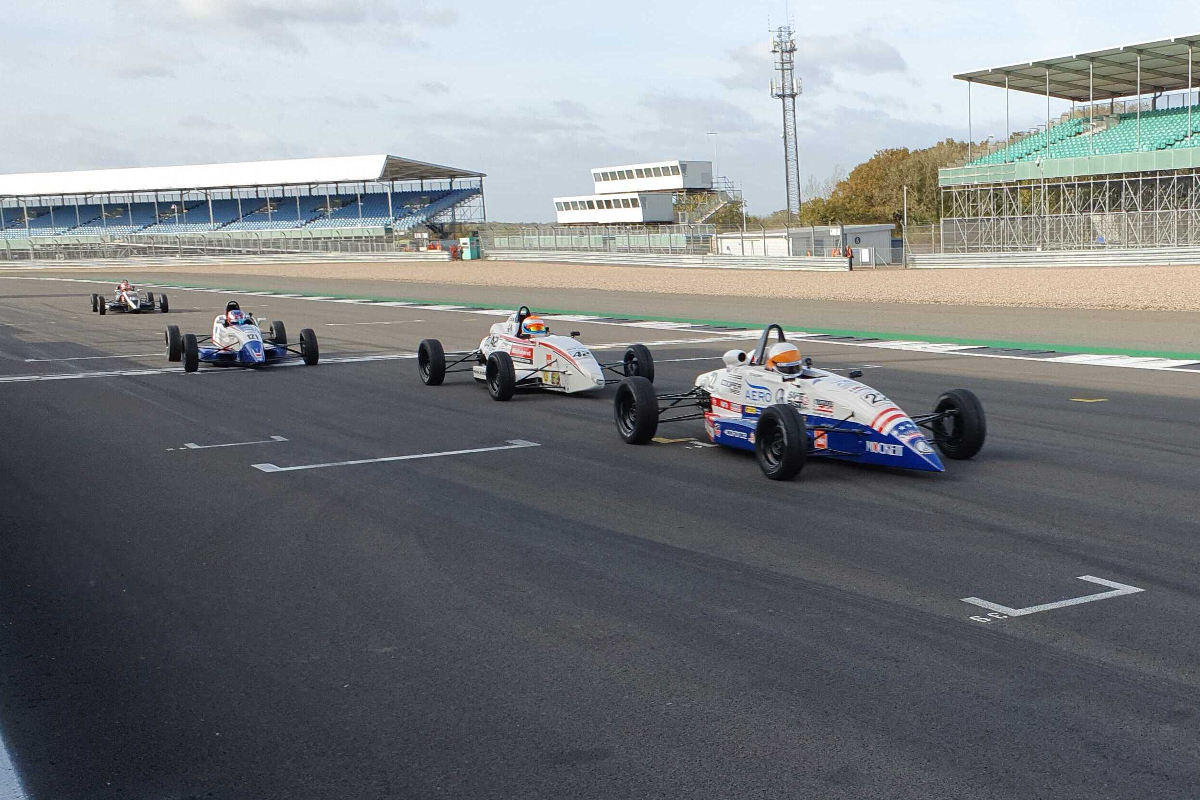 The Team USA scholar finished just a tenth of a second ahead of Team Dolan’s Chris Middlehurst, with Kevin Mills Racing’s Tom Mills and Oldfield Motorsport’s Lucas Romanek just behind.

Esterson beat poleman Middlehurst away at the start to lead for Low Dempsey Racing, with Joey Foster and Team Dolan’s Matt Cowley retaining third and fourth.

Cowley took third exiting Luffield on lap two, before Foster regained the position into Brooklands next time by, but Cowley again managed to move ahead.

Middlehurst took the lead away from Esterson at Brooklands on lap five as, just behind, Mills got involved in a three-way battle behind and ended up making contact with Cowley who got crossed up and collided with Foster. The latter lost his nose cone and several places, while Cowley spun down the order.

Esterson regained first place from Middlehurst at Brooklands on lap eight, the pair joined by Mills, who had climbed from 13th on the grid, and Romanek.

Mills moved up the inside of Middlehurst into second with four laps remaining, but then lost out the BRSCC National Formula Ford 1600 champion at Luffield the next lap.

The positions remained the same until the finish, with the top four separated by 0.8s at the chequered flag.

Racing returnee Jonny McMullan came from 10th on the grid to beat a train of seven cars to fifth place for B-M Racing, 0.1s ahead of Team DDR’s David McCullough.

KMR’s Megan Gilkes had an eventful race, losing places from fifth on the grid by running wide on lap one. After coming out on top when battling with Luke Cooper, she came home seventh ahead of B-M’s David McArthur.

Felix Fisher only made the semi-final by winning the Progression and Last Chance races, and climbed from 27th to finish ninth to progress to the final.

Foster finished 10th despite his car damage, while Cooper ended up 11th ahead of the recovering Cowley.

Ivor McCullough had been involved in the battle for fifth until a late spin dropped him to 13th. KMR’s Nick Gilkes was 17th, while PWR1’s James Clarke was the last qualifier for the final in 18th.