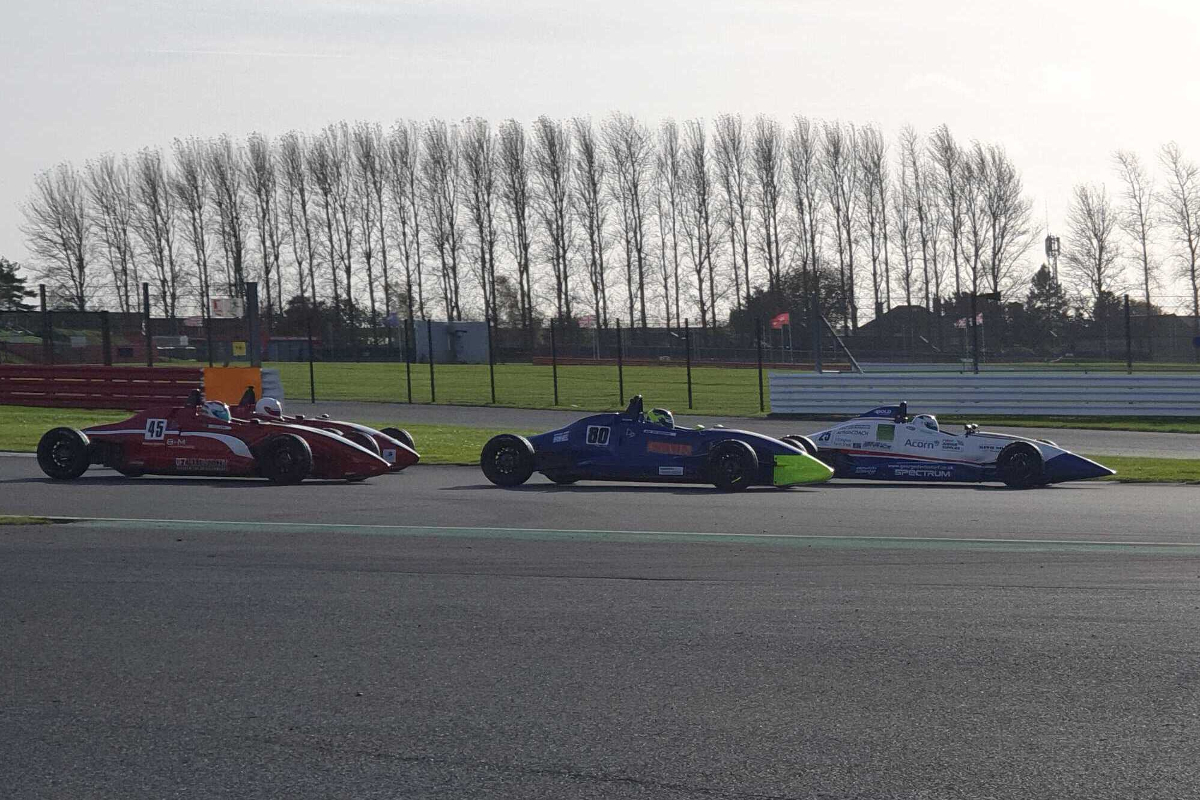 Two-time Walter Hayes Trophy winner Michael Moyers has reached the final of his last entry into the event after winning semi-final two at Silverstone.

Moyers’ heat win put him on pole but the inside line meant Wayne Poole Racing’s Josh Fisher took the lead into Becketts for the first time.

Smith went around the outside of Moyers at Brooklands on lap three of 12 and set about chasing Fisher. By lap seven he had caught him and committed to the outside line at Brooklands again. That became the inside at Luffield, but there wasn’t enough room between the two and Smith’s front-left wheel made contact with Fisher’s rear-right and sent him off.

Fisher dropped to 12th, while Moyers reclaimed the lead on the next lap but soon came under pressure from Mitchell. Smith was just behind them and back challenging for first place going into the final two laps after passing White at Brooklands with a lunge. He couldn’t have a second stab at a lead pass though, and shadowed Moyers and Mitchell across the finish line.

White was just 0.495 seconds back in fourth, while Team Dolan’s rookie Ben Cochran had a lonely drive to fifth.

Fisher recovered to sixth ahead of Team USA scholar Andre Castro, who also got into strife early on while battling Oldfield Motorsport’s Ian Gough and plunged to 20th but had the pace to get back up the order.

Drivers who missed out on reaching the final included GBR’s Derek Palmer Jr, who finished 20th from 28th on the grid, B-M’s Tom McArthur who had charged from 27th to 12th before spinning out on the last lap, and Souley’s Jack Wolfenden who was in seventh before retiring after being rear-ended and then damaging the front-left of his car once going off.