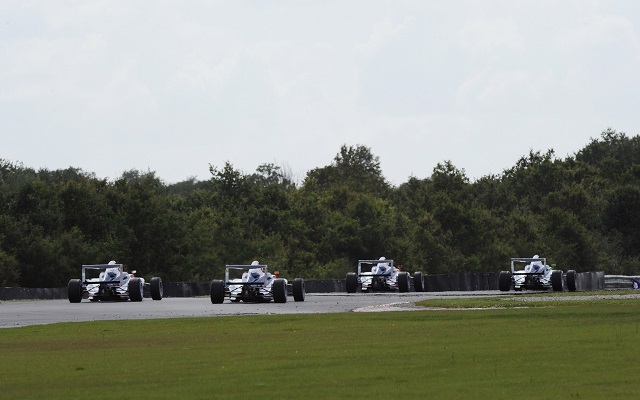 Mawson kept his first place after starting from pole position and, after managing to keep a charging Lasse Sorensen at bay during the opening laps, spent the second half of the race untroubled in the lead.

Sorensen had to settle for second, having lost two seconds because of a mistake and not managing to to get close to Mawson later on.

The last spot on the podium was the subject of an intense battle during the last couple of laps. Lotus junior Dorian Boccolacci, who started from ninth, fought his way up to third in three laps, but he would then have to defend from Amaury Richard and Vladimir Atoev in the closing stages. He succeeded and managed to mark his first race in single-seaters with a podium finish.

Felix Hirsiger had to settle for sixth after a weak start from second, closely followed by Paul Hokfelt Jr, who impressively picked up sixteen positions during the race. Karting graduate trio Erwan Jule, Reuben Kressner and Bryan Elpitiya completed the top ten.