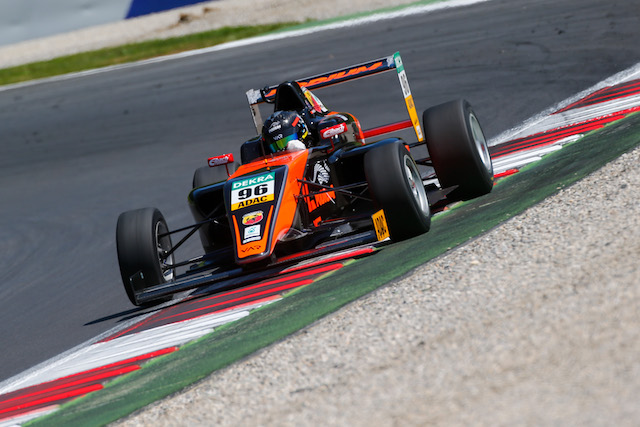 Joey Mawson stretched his advantage at the top of the ADAC Formula 4 standings with victory in the second race of the weekend at Spielberg.

The Australian led from pole position and his job was made easier when race one winner?Thomas Preining ran wide at the end of the first lap and hit the barriers.

After a safety car, Mawson was untroubled, winning by almost six seconds, and stretching his championship lead to?49 points with rival?Mick Schumacher?finishing just outside the points in 11th after starting?33rd on the grid due to a car problem in qualifying.

Kim-Luis Schramm climbed to second just prior to the safety car after contact between?Jannes Fittje and Kami Laliberte that removed the latter’s front wing, but he would be shuffled back down to fifth by the end behind?Mike Ortmann,?Nicklas Nielsen and?Juri Vips.