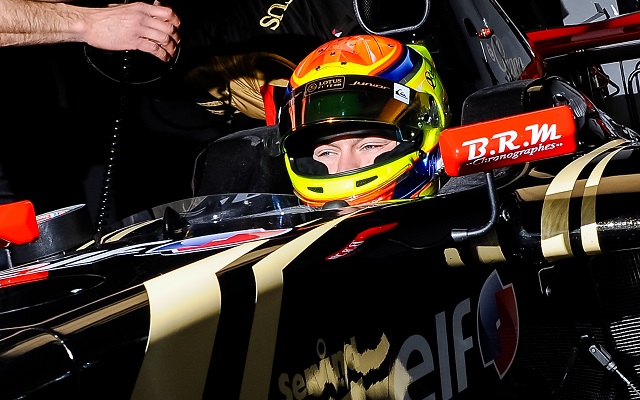 The second and final Formula Renault 3.5 pre-season test got underway in Aragon with Matthieu Vaxiviere setting the best time of the morning session.

The French Lotus driver went to the top of the standings in the closing stages with a lap of 1m41.331s.

Carlin’s Tom Dillmann had led for some time up to that point but found himself shuffled down to P4 behind the Fortec pairing of Jazeman Jaafar and Oliver Rowland. Split by just three thousandths of a second, both were just over two tenths adrift of Vaxiviere.

Beitske Visser was eighth for AVF ahead of fellow Dutch racer Nyck de Vries in the second DAMS entry, putting himself ninth with his final effort. Draco’s Pietro Fantin completed the top ten.

11th-fastest Egor Orudzhev (Arden) triggered a red flag in the final half hour.

Roberto Merhi made it on to the track for Pons before the end of the session, having flown straight from Sepang after completing his Formula 1 debut on Sunday.

Comtec Racing continue to be absent, while Zeta Corse are only fielding one car with their 2014 driver Roman Mavlanov behind the wheel rather than their announced race driver Facu Regalia.