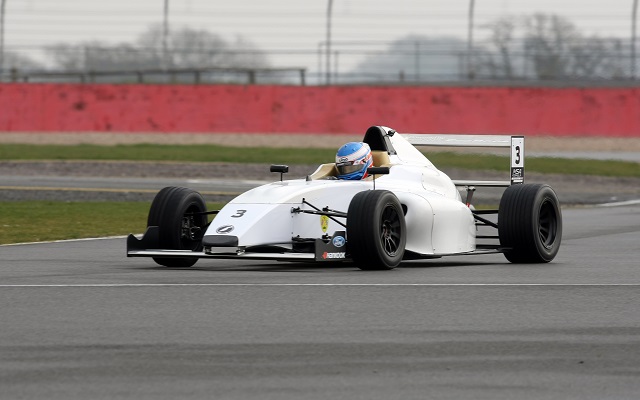 Four more drivers have been announced ahead of the opening round of the new MSA Formula series this weekend at Brands Hatch.

The leading addition is Jack Barlow, as the sole entry for now from top Formula Ford squad MBM Motorsport.

Barlow finished sixth in the BRDC F4 Championship in 2013 in his rookie season out of karts, but last year contested just the first and last rounds of Formula Ford with MBM. His campaign was interrupted by a back injury from a testing crash as well as funding constraints.

18-year-old Myasava finished third in South American F3 in 2013 and then competed in USF2000 last year. He’s also taken part in the MRF Challenge over the past two winters, claiming three podiums from four races at the Chennai event in January. He tested for Double R at Oulton Park earlier this month.

Falcon Motorsport, who took Harrison Scott to second in the Formula Ford standings in 2013 and 2014, will field two cars for Alexandra Marinescu and Darius Karbaley.

Romanian Marinescu competed in the Skip Barber F2000 series in the United States last year, while Karbaley steps up from karting; in 2012 he was fifth in the British national KF3 championship and 18th in Europe, before coming fourth in the Rotax Max Kartmasters Grand Prix in 2013.

The number of drivers announced for MSA Formula is now up to 20, although JTR signing Ameya Vaidyanathan will not be present until round two due to a date clash with BRDC F4.