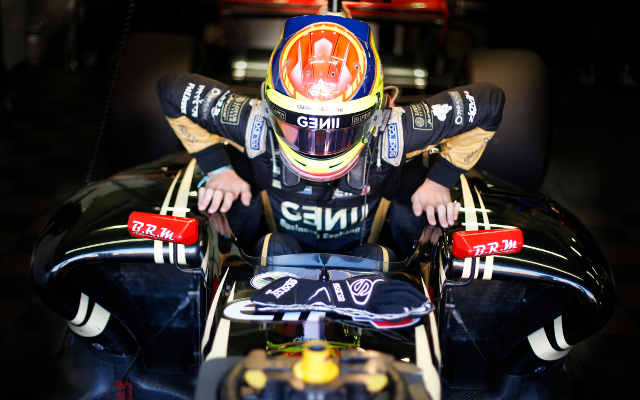 Defeated Formula Renault 3.5 title contender Matthieu Vaxiviere set the afternoon pace in Friday’s running ahead of the final round at Jerez.

The Frenchman had sat a customary second to new champion Oliver Rowland for much of the session but came out on top after a late flurry of quicker times, leading Tio Ellinas and Tom Dillmann by over half a second.

He did however fall 0.135 seconds short of Egor Orudzhev‘s benchmark from the morning session.

Rowland had to settle for fourth despite a slight improvement of his own on his final lap. He was followed by Fortec team-mate Jazeman Jaafar and DAMS’s Nyck de Vries.

In the French squad’s final appearance before leaving the series, de Vries is involved in the most prominent points battle this weekend as his team-mate Dean Stoneman bids to hold onto third place.

De Vries, Dillmann, Ellinas, Orudzhev and Jaafar are all within 24 points of the Briton.

Stoneman was eighth fastest in the afternoon session behind Gustav Malja and ahead of Yu Kanamaru and Sean Gelael. Orudzhev was 12th.