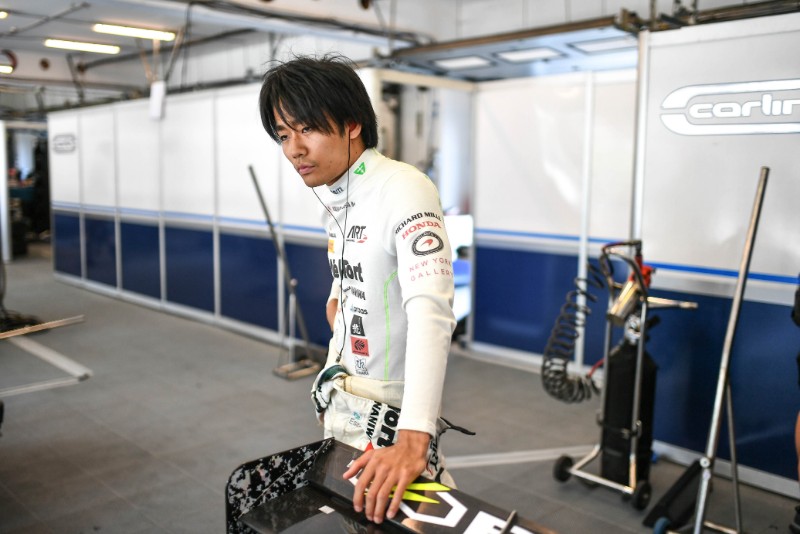 Nobuharu Matsushita took pole position for the second Euroformula Open race at the Hungaroring, but is under investigation for a tyre warming incident.

Weaving to warm up tyres is banned in the championship, and it is something Matsushita had already received a warning for earlier in the weekend.

The 25-year-old, who usually races in Formula 2 with Carlin and started the first race of the weekend from 16th, pipped championship regular Liam Lawson to pole by 0.012 seconds.

Overnight rain and hanging cloud meant the track was far cooler than on Saturday, and as a result lap times were quicker.

Having unintentionally aided Carlin’s Matsushita with a slight tow on his final run, championship leader Marino Sato was third fastest, little over a tenth off pole. There were three Japanese drivers in the top four, as Sato?s team-mate Yuki Tsunoda snatched fourth in the final seconds of qualifying.

Race one poleman Lukas Dunner took a different qualifying strategy to his rivals, and rounded out the top five.

Carlin’s Christian Hahn was sixth, just a small margin ahead of RP Motorsport?s Javier Gonzalez. Both drivers were briefly provisional polesitters during the closing minutes of the session.

Only one driver was affected by steward decisions on track limits, with Billy Monger having his best effort taken away. He will start in 18th and last.