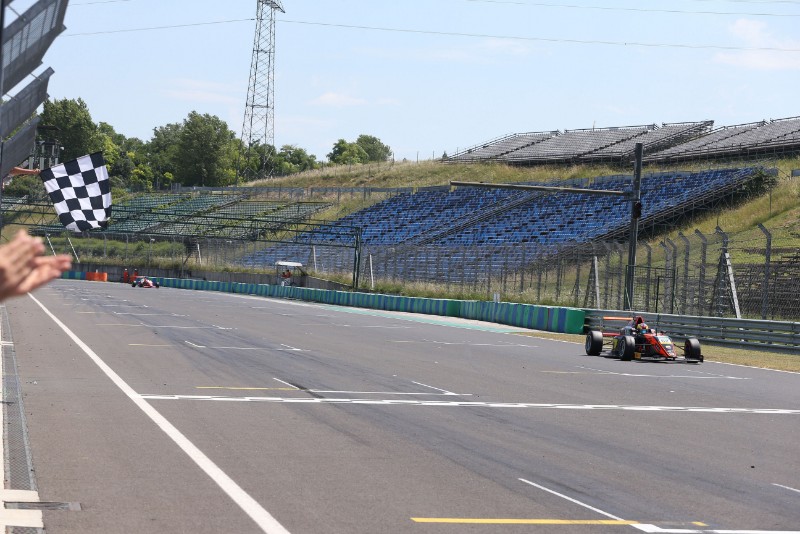 Dennis Hauger took a comfortable second Italian Formula 4 win of the weekend at the Hungaroring, as a two crashes caused major delays.

On the first attempted start of the race, Jesse Salmenautio stalled from 13th on the grid and was narrowly avoided in being hit by anyone. At Turn 3 there was a crash through, with Lorenzo Ferrari clipping another driver before being launched nose-down into the barriers.

The race was then red flagged as barriers needed to be repaired and the helicopter had to land on track to airlift Ferrari to hospital.

When the race was restarted, from lap one, it only lasted a few seconds before a collision between Alessandro Famularo and Lucas Alecco Roy required the safety car. This meant it wasn’t until lap six that racing got underway properly, with Hauger immediately pulling away.

He slowed down slightly in the closing minutes of the race, which may prove crucial as the Red Bull junior is currently under investigation for his starting procedure.

The greatest beneficiary of the restart was Salmenautio, who didn’t stall the second time around and was able to finish 12th.