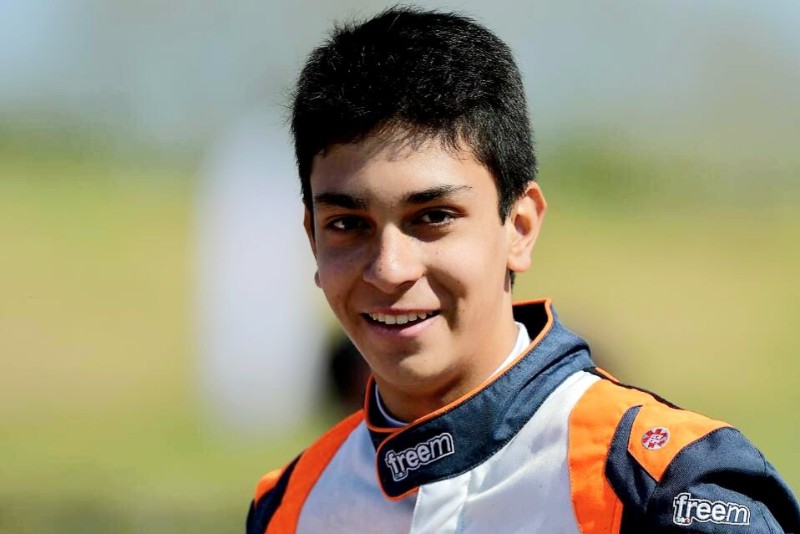 Xcel Motorsport has signed Matias Zagazeta for the upcoming Formula 4 United Arab Emirates season, while many of his British F4 rivals have begun testing in Formula 3.

The Peruvian is the team’s third signing for 2021, alongside karting graduates Tasanapol Inthraphuvasak and Dilano Van’t Hoff.

He raced for Carlin in his rookie single-seater season in British F4, and picked up a best finish of fifth, and two Rookie Cup wins, on the way to 12th in the points.

“He has shown great promise in his maiden season in the British F4 championship, and we are looking forward to further developing him over the winter,” said Xcel team manager Paul Hardy.

“With his experience and ability combined, I am sure that Matias will be a very strong competitor in the 2021 F4 UAE.”

Also joining the F4 UAE grid is Saud Al Saud, who will be making his car racing debut with 3Y Technology in an expected two-car line-up.

Zagazeta’s Carlin team-mates Zak O’Sullivan and Christian Mansell have both been testing recently in the Surrey-based team’s BRDC British F3 cars. O’Sullivan is already confirmed to be moving up to the series with the team, while Mansell is yet to announce his plans as he has also been testing M2 Cometition‘s Regional F3 car.

Carlin was accompanied at a recent Snetterton test by Arden, which is expanding into British F3 next year, and it ran its 2020 British F4 drivers Alex Connor and Frederick Lubin.

Nico Pino has driven Euroformula’s Dallara 320 car with several teams since dropping out of his British F4 programme with Argenti Motorsport, and was in action with Drivex School at Barcelona this week. Also at the circuit was his F4 team-mate Casper Stevenson, doing five days in one of the Tatuus T-318 chassis Arden will be campaigning in Formula Regional European Championship next year.

At Valencia there was a similar programme for James Hedley, who raced for JHR Developments in British F4 this year, as he tested with MP Motorsport in a FREC car.