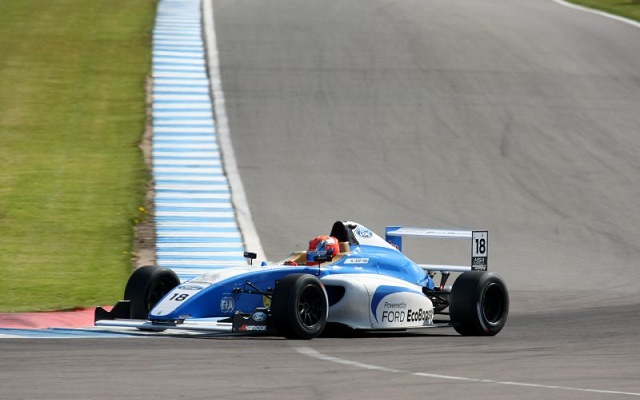 Having laid the groundwork by making up ten places in race one, Leist started the reverse-grid race two from front row and led every lap on his way to the checkered flag.

Collard, who won the reverse-grid race in round one, seemed to have the pace to challenge for victory again, but could only take runner-up from Fielding on lap seven, allowing Leist to build up a five-second advantage.

Despite the Arden driver’s efforts, Leist’s lead proved unassailable and Collard had to do with second place.

Fielding came under pressure from Barlow late in the race but held on, claiming his first podium in the championship.

Championship leader Dan Ticktum powered past several cars to claim fifth, while nearest rival Lando Norris fought his way up to sixth after a slow start, passing both James Pull and Gustavo Myasava late in the race.

Behind the two, Colton Herta and Daniel Baybutt completed the top ten.