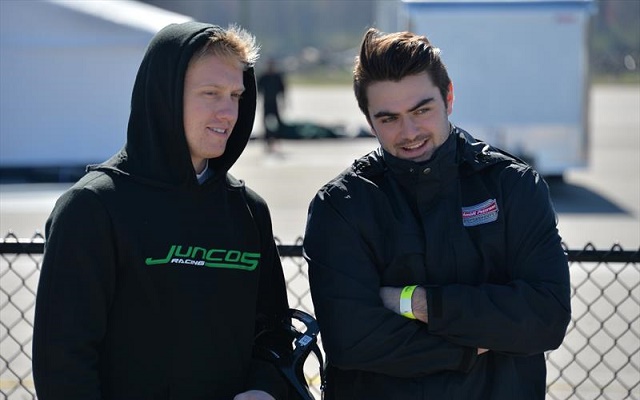 Last year’s Indy Lights runner-up Jack Harvey took pole position in the second round of the 2015 season at Long Beach.

Harvey came from behind at the checkered flag to steal pole position from rookie Spencer Pigot.

The reigning Pro Mazda champion seemed to be in control in the final seconds of the 45-minute run, with both teammate Kyle Kaiser and championship leader Ed Jones coming up just short in their final efforts.

But Harvey’s last lap thwarted a Juncos 1-2, as he cleared Pigot by less than 0.08s.

Kaiser and Jones will share row two for tomorrow’s only race, with Felix Serralles settling for fifth after an off during his final effort.

RC Enerson finished sixth, with all of the top six drivers within just half a second of the benchmark time.

Scott Anderson and Juan Piedrahita will start from row four, with Matthew Brabham leading the Andretti Autosport efforts in ninth.

Ex-F1 racer Max Chilton, who topped one of the practice sessions, only got seven laps of running in the first minutes of the session before calling it a day due to technical issues. He will start the race in tenth.