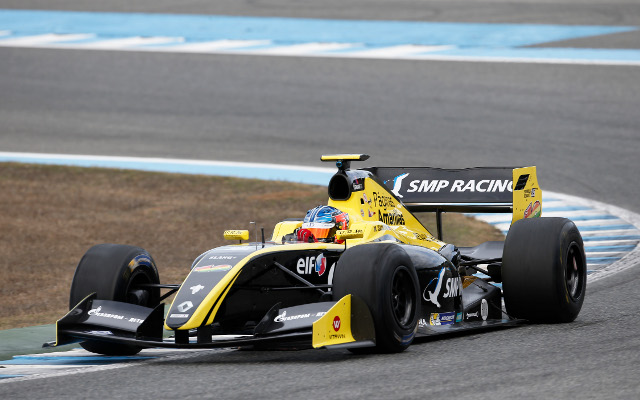 Russell led much of the afternoon session ahead of his Strakka Racing team-mate for the day (and predecessor as BRDC Formula 4 champion) Jake Hughes.

But Isaakyan moved the front late on and despite Russell improving his time, the Russian finished up 0.147 seconds clear.

It completes a strong couple of days for the Pons team, after Yu Kanamaru set the best time on Tuesday.

There were three 17-year-olds in the top three places with just minutes remaining with Jehan Daruvala holding third, but the Force India protege was bumped down 10th by a spate of late improvements.

It was Alfonso Celis who instead took third ahead of Egor Orudzhev, while FR2.0 graduate Kevin Jorg went fifth on his last lap after switching from Arden to Lotus for Wednesday’s running.

Kanamaru was sixth ahead of Marvin Kirchhofer, while Louis Deletraz led his Fortec team-mate Gustav Malja in eighth and ninth.

Matthieu Vaxiviere was 15th of the 17 runners after only doing 11 laps for the new Spirit of Race team, but the 2015 runner-up’s time from the morning stood as the best overall from the test.