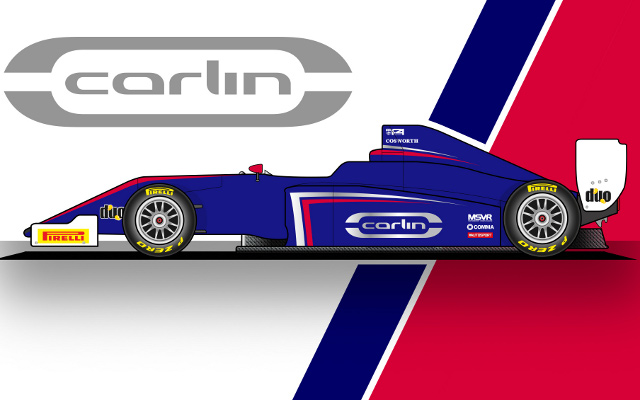 Top junior single-seater outfit Carlin has announced an entry into the BRDC Formula 4 series for 2016.

The move coincides with the introduction of a new car for the category, and follows the recent arrival of rival team Fortec Motorsports into the series.

Team boss Trevor Carlin said his squad will enter BRDC F4 after witnessing great interest from drivers in the new Tatuus-Cosworth car, which is intended to sit between FIA F4 and Formula 3/GP3.

“We know it?s important to go where the drivers want to race, and the new 2016 MSV F4 car has created real interest amongst young drivers,” he said.

“We know how important it is for young drivers to prepare for the incredibly competitive FIA F3 European Championship and GP3 Series and we believe that the BRDC Formula 4 Championship is a very useful step in that process.

“We will be working hard to make sure we arrive to our first race as well prepared as possible and look forward to announcing our drivers soon.”

Series chief Jonathan Palmer said: “Trevor Carlin is enormously experienced and a very shrewd judge of the potential of motorsport categories, and clearly recognises that the new Tatuus-Cosworth car will provide a perfect stepping stone for drivers from Carlin?s MSA Formula team to prepare them for their FIA F3 team, at an affordable budget.”

Carlin will end its participation in the GP3 Series at the end of the year.