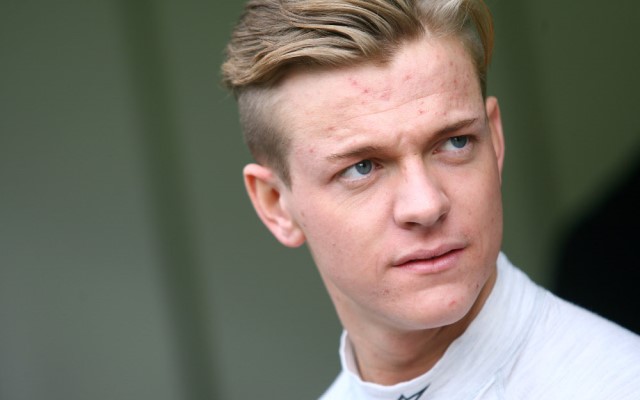 Matt Mason will return to racing action in the final two rounds of the BRDC Formula 4 Championship driving for Mark Godwin Racing in place of Jake Dalton, who has switched to the rival Lanan Racing squad.

Mason finished second in last year’s Intersteps series to current NEC points leader Matt Parry with eight race wins, driving for MGR. He then came third in the Formula Renault BARC Winter Series, winning one of the three races. He had previously finished sixth in Formula Renault BARC in 2011, again with MGR.

He has yet to race in 2013 but will now contest the BRDC F4 meetings at Snetterton and Donington.

“I’m very excited to be joining the BRDC F4 Championship for the rounds at Snetterton and Donington and I?m delighted to be racing again with Mark Godwin Racing,” said Mason.

“I know the team well having raced with them in Intersteps and Formula Renault BARC, and being in familiar surroundings, although with a car that is new to me, I?m confident of securing good results and maybe even some podiums. I?ve followed the progress of F4 all year and aim to make the most of this opportunity, and am looking forward to sampling the car for the first time in testing at Snetterton on Wednesday.”

Team principal Godwin added: “This is an ideal opportunity for Matt to show his potential. It?s great to be working with him again having run him in Formula Renault BARC and also in Intersteps last year where we came close to winning the championship.

“He?s very keen to make a good impression and is a very professional driver, and I look forward to working with him again in the final two rounds at Snetterton and Donington.”

Dalton has moved across to Lanan Racing for the final two rounds, joining championship leader Jake Hughes at the outfit. Dalton led the championship earlier in the season but has slipped back to fifth after a run of disappointing results over the past two race weekends.