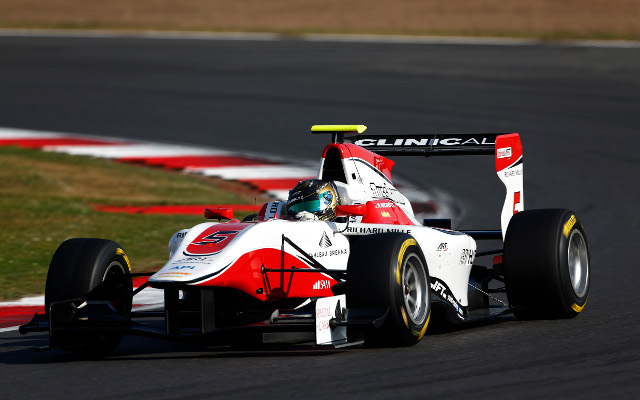 Marvin Kirchhofer claimed his first pole position of the GP3 season in qualifying at Silverstone.

The German was a presence at the sharp end throughout the session, after setting the initial pace.

He was relegated to third by the halfway stage, behind last year’s main race winner at Silverstone Jimmy Eriksson and championship leader Luca Ghiotto, who was looking to maintain his unbeaten record in qualifying this season.

Emil Bernstorff?– lapping with just one wing mirror after losing the other early in the session – took over at the top inside the final 10 minutes, and quickly responded to a fastest time from Mitch Gilbert.

He was unable to respond to Kirchhofer though, with the German at first going 0.081s quicker than Bernstorff before opening up his lead to 0.157s at the chequered flag.

Alex Palou kept up his strong qualifying record this season to take third ahead of an impressive Matt Parry, who beat his Koiranen team-mate Eriksson to fourth on home soil.

Ghiotto looked poised to challenge Kirchhofer for pole late on but aborted a quick lap after running off track at Copse.