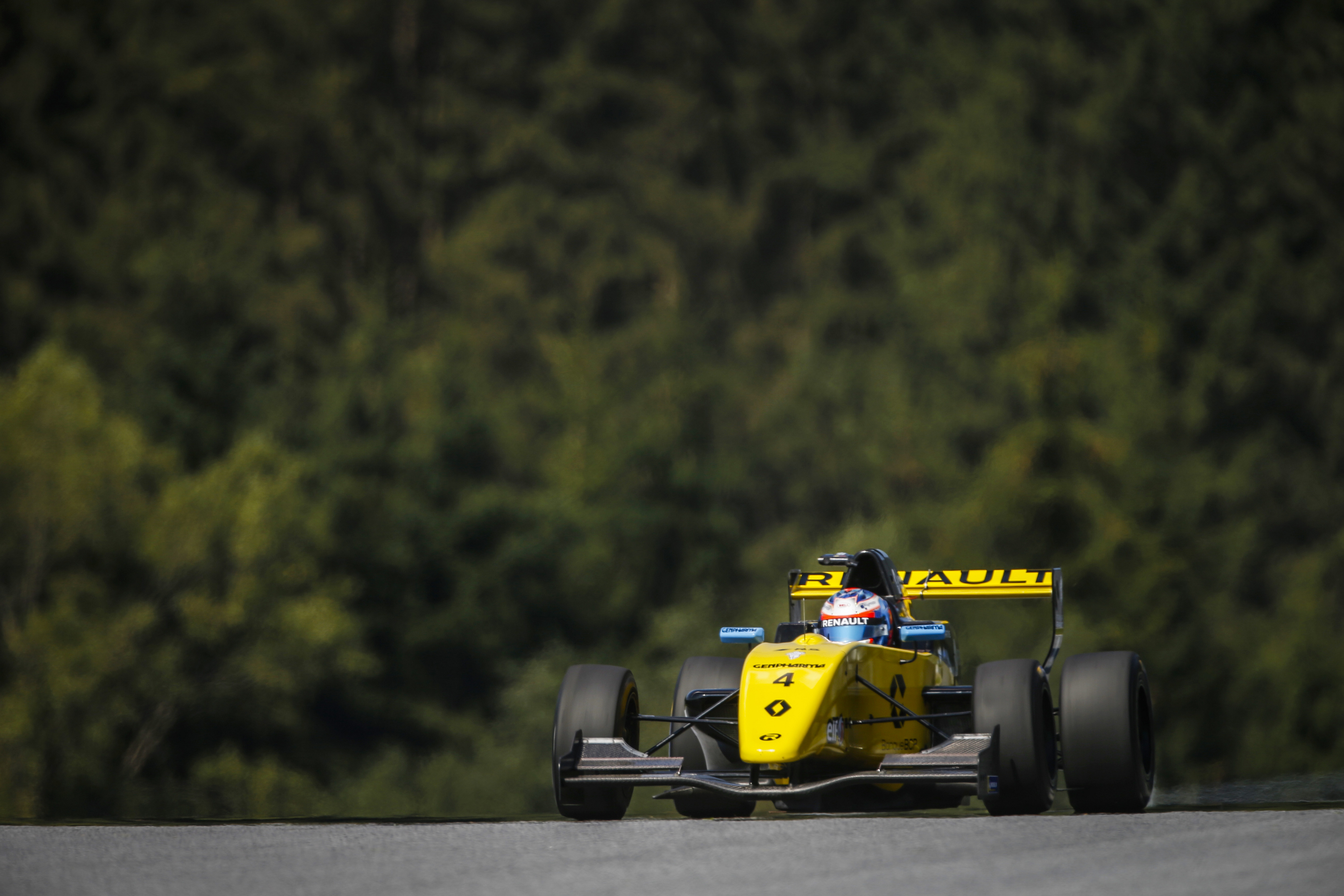 Victor Martins outpaced Lorenzo Colombo to top the first qualifying session of the Formula Renault Eurocup round at the Red Bull Ring.

Martins, who claimed his first two Eurocup podiums in the last round in Monaco and his maiden Formula Renault win in the Northern European Cup event at Monza three weeks ago, went on track in the second group for the session that sets the grid for Sunday’s race two.

Fewtrell had gone quickest with two minutes remaining, only for Colombo to better his time by 0.004 seconds.

When both further improved their times at the chequered flag, Colombo remained ahead with his 1m29.335s, this time 0.032s ahead of Fewtrell.

Martins, who had earlier set the quickest time in free practice, was the only driver in the second group to go beneath Colombo’s time, posting a 1m29.288s in the closing stages to claim pole.

Another Renault protege Christian Lundgaard was 0.105s behind Martins to secure third on the grid.

Richard Verschoor, who sits a lowly 16th in the standings, was third in the group to land fifth on the grid alongside his Josef Kaufmann Racing team-mate and championship leader Yifei Ye.

Alex Peroni and Charles Milesi, who topped their respective qualifying groups in Monaco on their way to victories, had to settle for places on the fourth row this time around.

Alexander Smolyar beat Logan Sargeant to fifth in group two to take ninth on the grid next to Oscar Piastri.