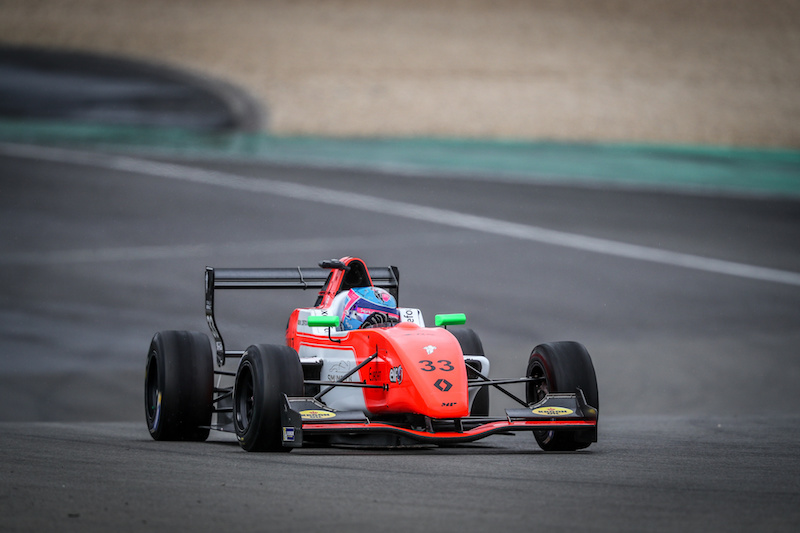 Max Defourny will make a surprise appearance in the BRDC British Formula 3 Championship at Spa-Francorchamps this weekend, days after dropping out of the Formula Renault Eurocup.

The Belgian will make his championship debut at his home circuit with Douglas Motorsport, replacing Jordan Cane in the team’s third car.

Cane announced his retirement from motorsport with immediate effect two weeks ago, citing the increasing prices required to compete and the risks of motor racing as reasons for his retirement. The 17-year-old is currently fifth in the British F3 standings, and finished eighth last year with three wins to his name.

Defourny left the Eurocup sitting 10th in the standings after a sponsorship issue, having finished third and fourth in the previous two seasons.

“I?m hoping for strong results, I know Spa very well and have won here before in Formula Renault. Hopefully I can take that form into British F3.?

Douglas Motorsport team principal Wayne Douglas added: ?We?re very pleased to welcome Max to the team for Spa Francorchamps. We?re looking forward to working with him and helping him to acclimatise to the F3 car.

“He is still very young but with his single seater experience, I believe he can deliver some excellent results at his home circuit this weekend.”

There is no word on whether Defourny will appear in the championship beyond his home round.

Josh Mason will also be returning to the championship at Lanan Racing, having made his debut in the second round of the season at Rockingham.

The 16-year-old was absent from the recent Snetterton and Silverstone rounds as he concentrated on exams, but is expected to contest the rest of the season.