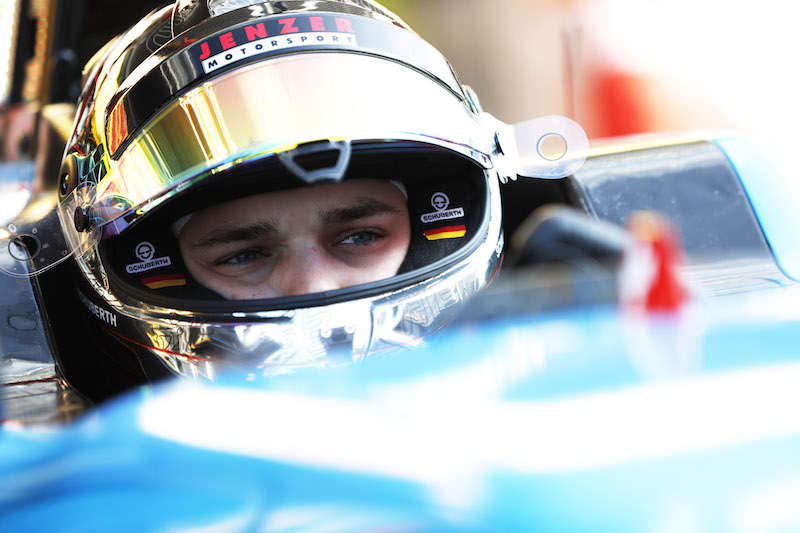 David Beckmann has split with the Jenzer Motorsport GP3 team and will be replaced for the rest of the season by fellow German Jannes Fittje.

Beckmann leaves Jenzer while sitting 13th in the GP3 standings, having scored sixth and eighth-place finishes in the main races in Barcelona and Austria.

The 18-year-old stepped up to GP3 this year from European Formula 3, where he left Van Amersfoort Racing three rounds into the 2017 season and switched to Motopark, ending up 16th in the points.

He previously enjoyed promising campaigns in Formula 4 and F3 with Mucke Motorsport, winning four F4 races in his rookie season out of karts in 2015 and taking two podiums in a late-starting F3 season the following year.

His replacement Fittje, also 18, has been racing in Euroformula Open since the start of last year after graduating from F4.

He finished fifth in the 2017 season, which he split between Fortec Motorsports and RP Motorsport, before starting 2018 with the Drivex team, but he left prior the Hungaroring round earlier this month having managed a best of fourth from the first three rounds.

Team boss Andreas Jenzer said the Fittje had approached him prior to Beckmann’s departure.

“I was in contact with Jannes’ dad the week before, because with the GP3 website it always shows four drivers for each team,” Jenzer told Autosport.

“He was thinking ‘there’s no fourth car at Jenzer Motorsport’, he called me and said ‘can you run a fourth car?’

“Because the life of this car is ending at the end of the year there would be no point to run a fourth car, and anyway the team is not structured to run four cars.

“We started to speak about Abu Dhabi end-of-season testing, then the day David’s dad cancelled the contract, I gave Jannes a call and said the situation has changed.”