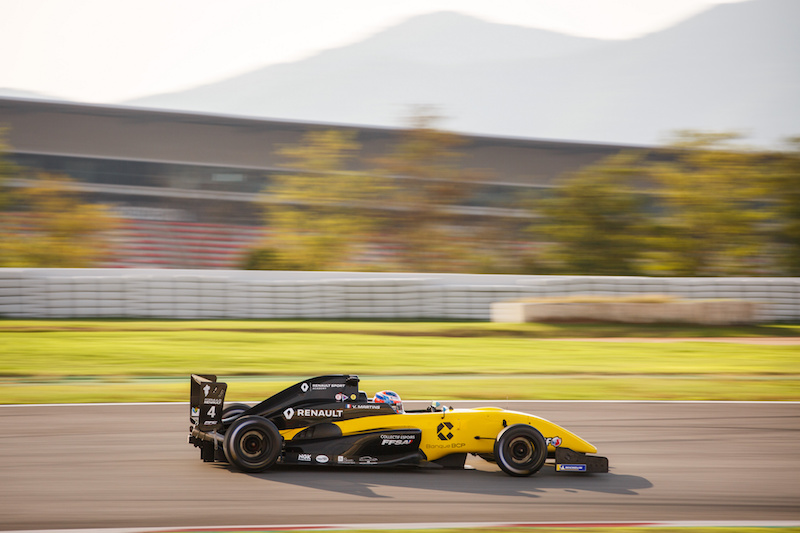 All three Renault juniors ran in the second group, with championship leader Fewtrell getting underneath his R-ace GP team-mate Logan Sargeant’s benchmark of 1m42.094s with three minutes to go, and outpacing rival Lundgaard by 0.282 seconds.

Fewtrell and Lundgaard were both slow on their next laps, opening the door for Martins to go fastest from a lowly position with a 1m41.864s.

On their final laps after the chequered flag, Fewtrell and Lundgaard both improved but fell short of Martins’ previous effort by 0.104 and 0.164s respectively,?leaving them third and fifth on the grid.

With a 23.5-point leader over Lundgaard, Fewtrell only needs to finish in the top nine to clinch the title, while Lundgaard must repeat his race one win.

In the first group, Lorenzo Colombo had been close with his fellow race one podium finisher Sargeant until failing to improve on his last lap, which left him 0.278s behind but nonetheless once again in fourth on the grid next to Fewtrell.

Colombo’s JD Motorsport team-mate Thomas Maxwell repeated his third place in the group from Saturday to take sixth on the grid next to Lundgaard.

Eliseo Martinez took a fine fourth in the second group at the home circuit for the Spanish racer and his AVF team. He will line up ahead of Neil Verhagen, Charles Milesi and Yifei Ye, whose struggles this weekend continued with only fifth in the first group.