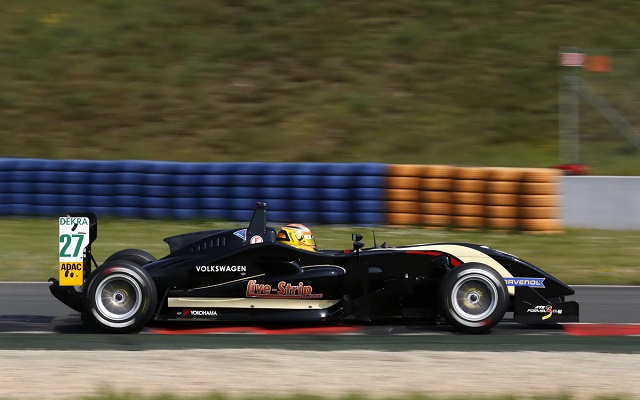 German F3 standings leader Markus Pommer has secured two pole positions for the Lausitzring round of the series.

The Lotus team leader led much of the session early on, before being dethroned by VAR’s Sam MacLeod.

The Scot managed to remain in P1 with his subsequent lap, but was shortly dethroned by Pommer, just before a red flag was brought out by Nabil Jeffri.

Neither driver managed to improve as the session restarted, albeit Pommer posted another solid lap to ensure double pole.

MacLeod will start both R1 and R3 from the front row, while Jeffri managed to remain in third in the timesheets, albeit being only fifth on second-best times.

Nikita Zlobin was fourth quickest in the session, ahead of Indy Dontje and Nicolai Sylvest.

UPDATE: MacLeod will lose three places on the grid for race one due to what was deemed to be a dangerous manoeuvre during qualifying.