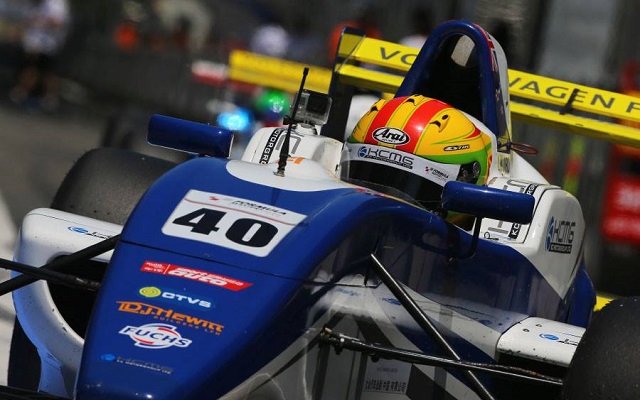 The 17-year-old Kiwi and the 22-year-old Briton battled it out for the honours in the first session. Munro took provisional pole early on, before Wells went faster. The Brit led for most of the session, until Munro pipped him by 0.16 seconds with less than two minutes to go. Wells then had to wrestle second spot away from Aston Hare at the end, after the Meritus GP driver previously slotted onto the provisional front row.

Hare will start third on the grid, ahead of Matthew Solomon and Yin Hai Tao, the top five cars managing to get within a second of Munro’s time. Pu Jun Jin beat Eurasia teammates Yuan Bo and Sean Hudspeth, with Yasuo Senna Iriawan and Matthew Swanepoel bringing up the top ten.

In the second qualifying session, that decided the grid for race three, Munro was quickest again, beating Wells by 0.118 seconds. Solomon took third with a late flyer, while teammate Pu Jun Jin demoted Hare to the third row of the grid.

Swanepoel showed considerable improvement in the second session to take sixth on the grid, with Bo, Bao Jin Long, Ronald Wu and Hudspeth making up the top ten.

Zen Motorsport’s Yin Hai Tao was not able to replicate his strong effort from the first session due to a problem with his left rear suspension, which left him 17th on the grid for race three.