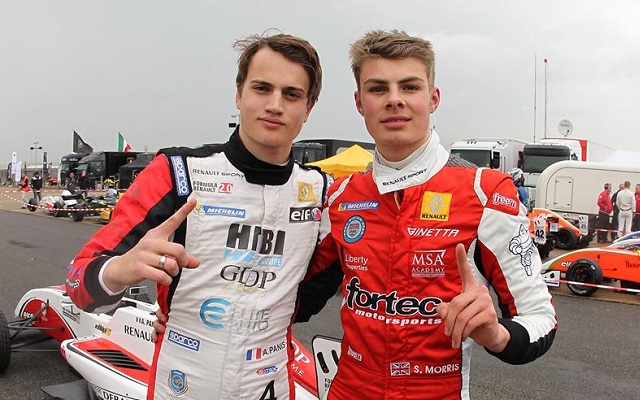 The first, dry outing saw an ART Junior Team one-two as Panis and Levin Amweg secured their spot on the front row of the grid for the Saturday race.

Rain hit the track during the following, second session, which determined the starting order for the second race of the weekend and ended up forming in a completely different order.

Caterham-junior Morris and RSF-backed Barnicoat dominated the session to secure first and second on the grid. O’Keeffe edged championship leader Louis Deletraz out for third by only 0.009s with Mexican Jorge Cevallos having to settle with fifth despite having been third only a few seconds before the end of the session.

American Ryan Tveter in sixth and Dutchman Schothorst in seventh were the only two remaining competitors who were less than two seconds slower than Morris. Ukyo Sasahara, Graham and Panis finished eighth, ninth and tenth respectively.