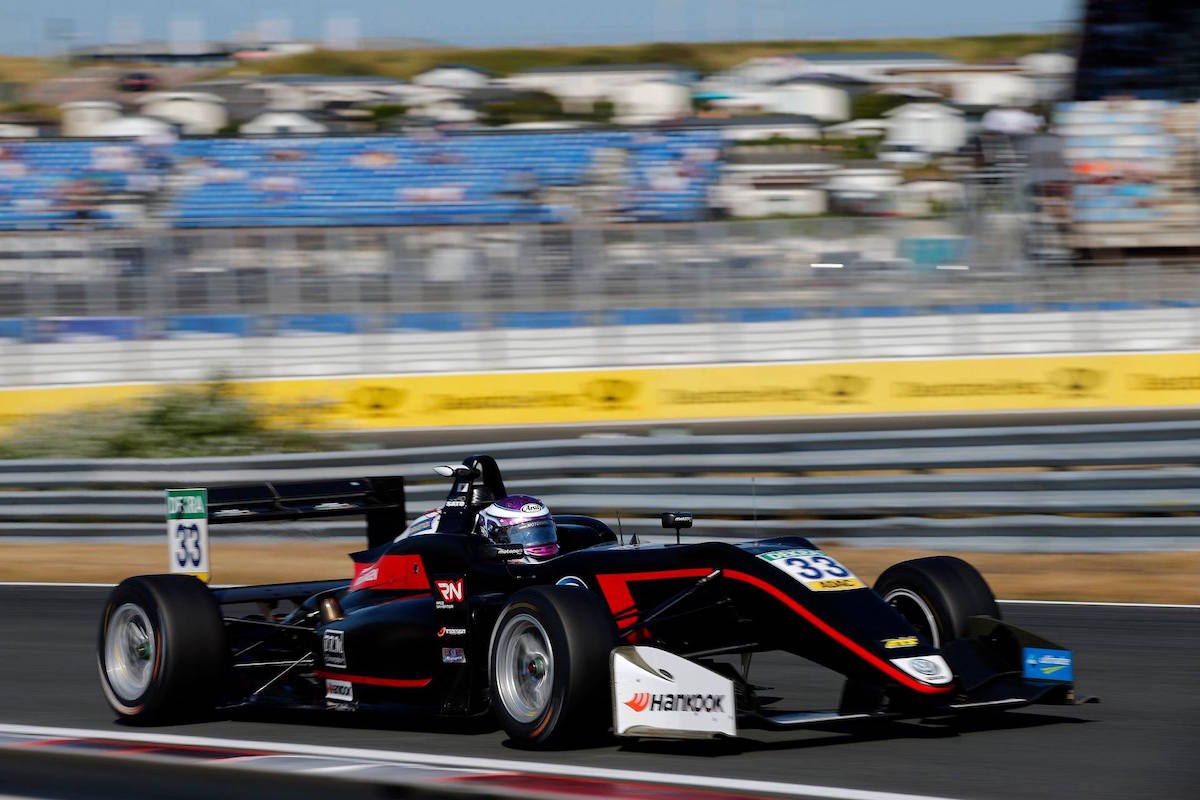 Marino Sato will continue in the rebranded Formula European Masters series with Motopark for a third season in 2019, despite testing in Formula 2 at the end of last year.

The 19-year-old from Yokohama stepped up from Italian F4 into European Formula 3 with Motopark in 2017, and scored a solitary point in his rookie campaign in the penultimate round at the Red Bull Ring.

Last year he scored points in seven of the first 13 races, finishing 16th in the standings after failing to add to his tally thereafter.

Sato, who is looked after by ex-Formula 1 driver Taki Inoue, did all three days of the post-season F2 test in Abu Dhabi, split between the Arden and Campos teams, but will instead continue to race the Dallara F3 car for another year.

“I?m very happy to continue with Team Motopark for this season,” he said.

“I would like to say thank you to the team members, and everyone involved. There was a lot of improvements last year, and we know that this year is going to be better.”

“He has improved a lot during 2018, and he was really seriously quick. Following that, we made another huge step during winter testing.”

?The Formula European Masters is providing drivers with plenty of seat time, plenty of races and arguable the best car to develop drivers as the long list of successful drivers who after driving these cars went on for a successful career in Formula1, WEC, DTM or elsewhere,” he said.

“I am sure that this quality, the platform of the DTM events, the FIA license points and last not least the incentives offered by the category for its successful drivers will be the foundation for a successful championship for 2019 and beyond.”

Yifei Ye to race for Hitech in FIA F3 Championship