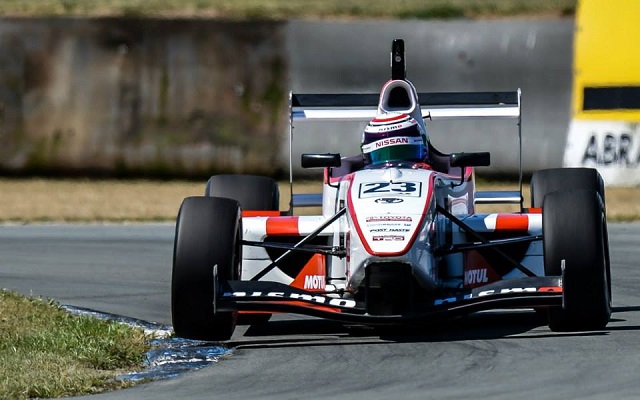 British racer Jann Mardenborough led a Giles Motorsport 1-2 in the second race at Timaru, converting a reverse-grid pole into a comfortable win.

In a somewhat hectic race, which saw two safety car periods, Mardenborough’s lead never appeared to be under much of a threat and, after 15 laps of on-and-off green flag running, the Brit crossed the line in first to take his maiden victory in single-seaters.

Front row starter Martin Rump calmly settled for second and took over in the lead of the standings. Dutchman Steijn Schothorst crossed the line in third after moving up several spots at the start, but was shortly penalized for a premature getaway and dropped out of the top ten.

As such, Egor Orudzhev picked up the final podium place, holding off Damon Leitch. Gustavo Lima took his best finish in the series in fifth, while Neil Alberico narrowly kept Levin Amweg at bay for sixth.