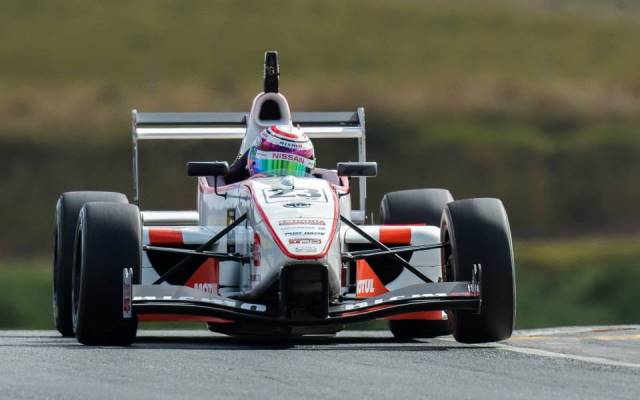 Mardenborough and Tang had an epic duel for top spot during the first session. Tang held the place during a mid-session red flag, with the pair separated by just two thousandths of a second at that stage. They then traded fastest times several times until the chequered flag, with Mardenborough finishing up 0.087s ahead of the Singaporean to secure pole for race one.

Steijn Schothorst took third ahead of Rump, who has a two point lead over Mardenborough with two weekends remaining. The Estonian edged out Egor Orudzhev by just 0.001s for his place on the second row, while Levin Amweg secured sixth spot.

Karting graduate Martin Kodric secured his best grid slot of the campaign in seventh, ahead of Damon Leitch, Robin Hansson and Ryan Tveter.

In the second session, Rump held top spot for much of the duration, and finished with an advantage of 0.078s over Tang.

Mardenborough sat 21st of the 22 runners during another mid-session stoppage, but clawed his way up the order in the closing stages and ended up third.

Orudzhev beat Schothorst to claim fourth, while Leitch was sixth. James Munro was seventh, ahead of Macauley Jones, Kodric and Matt Rao.