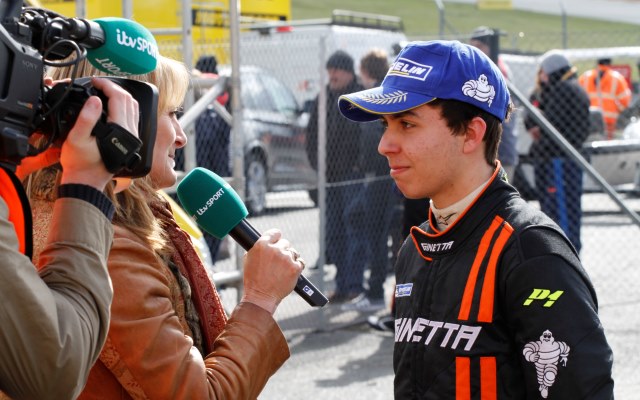 Ginetta Junior graduate Tom Jackson has signed to race in BRDC Formula 4 this year with the Chris Dittmann Racing squad.

The 17-year-old has competed in the tin-top Ginetta series for the past two years, finishing tenth in the standings in 2012 and improving to fifth last year, claiming four podiums during the course of his sophomore campaign.

?I?m delighted to be racing in the BRDC F4 Championship in 2014,? said Jackson. ?I tested with Chris Dittmann Racing at Brands Hatch in November and found I worked really well with the team and feel I adapted really well to the car.

“Last year showed that drivers can step out of Ginetta Juniors and be competitive straight away, and? hope to follow this example to be running at the front and aiming for podiums and wins with Chris Dittmann Racing.

?I feel that coming to a relatively new team, we can both help each other on climbing up the championship. I look forward to working with them throughout the season and we should be able to find a great setup for different tracks in wet and dry conditions.?

Chris Dittmann’s team only contested five of the eight rounds in last year’s inaugural BRDC F4 season, but he is looking forward to running Jackson in 2014.

?It?s fantastic to confirm Tom as our first signed driver for 2014,? said Dittmann. ?We tested with him at Brands Hatch at the end of last year and he adapted very quickly to the car and also formed a great relationship with the team.

“He demonstrated very good pace and listened to the all the advice we gave him. Even though this will be his first season out of Ginetta Juniors, I?m sure with our support he can continue to develop well and he will be running at the front of the F4 field before too long.?