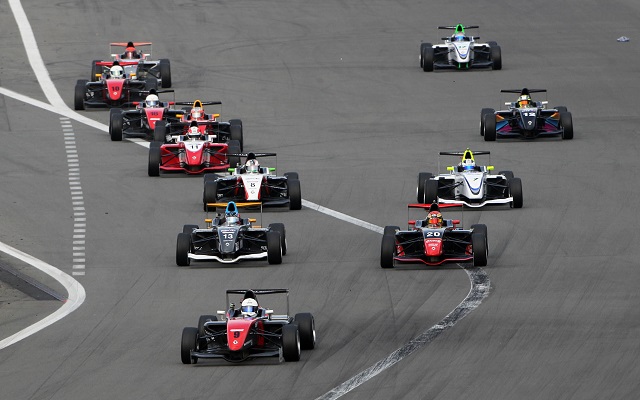 Renault Sport have introduced a number of additions to the world of Formula Renault 1.6 racing, including a newly-announced ALPS Junior championship and an invitational event with a Formula Renault 2.0 car prize.

The new1.6 Alps series will take place over five rounds across Europe. Its opener is to be included on the World Series by Renault’s support bill for the Aragon round, while, later on in the season, the championship will join its 2.0 namesake at Spielberg, Monza and Mugello. The season finale is also set to run on a WSR weekend – in late September at Paul Ricard.

Alongside Alps Junior, Renault Sport the calendars for their established 1.6 championships in NEC Junior and the STCC-supporting Nordic series. The former will run a seven-round schedule with two visits to Zandvoort and Spa each, alongside with Nurburgring, Assen (joining the 2.0 NEC series) and Zolder.

Meanwhile, the Nordic series will join the Scandinavian Touring Car championship for five rounds (Tierp Arena, Falkenberg, Knutstorp, Solvalla and the finale at Mantorp Park), while also visiting Karlskoga, Botniaring and Parnu. The two latter rounds and the Mantorp finale will make up the FIA-sanctioned North European Zone championship.

“Renault Sport offers a racing ladder to progress in single-seaters”, stated Renault Sport’s Benoit Dupont. “Whether coming from karting or starting out directly in an automobile, young drivers will have a real tool to learn their craft with the Formula Renault 1.6. These series? are also very attractive for amateurs who want to compete against up and coming drivers for a price unequaled in open-wheel racing. Depending on the championship, the cost of a season will range from 60 to 90,000 Euros. With this new programme, Renault Sport returns to its roots when Formula Renault 2.0 evolved in national championships.”

The top two from each the three 1.6 championships will be invited to a selection event in November of 2014 which will see one of them rewarded with a Formula Renault 2.0 machine with which to compete in 2015.

The 2013 season saw a number of high-profile drivers graduate from the FR1.6 scheme, including Estonian Martin Rump, who has signed with Fortec for this year’s Eurocup and is currently leading the Toyota Racing Series standings.