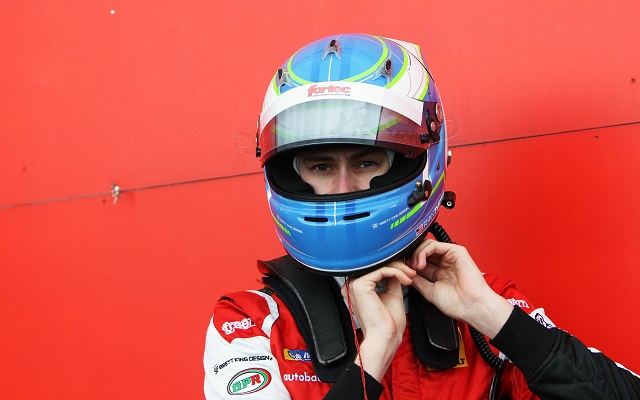 American youngster Ryan Tveter has confirmed he will take part in the Eurocup Formula Renault series this season.

Tveter will race for Josef Kaufmann Racing, which, having taken Robin Frijns and Stoffel Vandoorne to the drivers’ title in 2011 and 2012, remains one of the most prestigious teams of the championship.

The 19-year-old American made his full-time debut in single-seaters two years ago in the Star Mazda Championship, finishing 18th in teh standings. He moved to the European racing scene in 2012, joining Fortec’s sizable lineup in Formula Renault NEC, where he took 16th with two top five finishes. In addition to his newly-confirmed Eurocup drive, he will contest a sophomore campaign in the NEC series.

“I?m excited to be joining such a well-respected team as Josef Kaufmann Racing, ?Kaufmann?s intensity, passion and focus is incredible.” Tveter stated. “JKR is a hard-core, experienced team with an amazing track record as well as a significant number of drivers in F1. I?m really proud to have earned a seat at JKR and am very excited to contest two championships with them in 2014. It?s going to be a very busy and exciting year.” he added.

Josef Kaufmann Racing are yet to announce the other two drivers in their Eurocup lineup, having ran numerous drivers in winter testing – including their 2013 rookie Gustav Malja, Kevin Jorg and Tristan Viidas.

“We were really impressed with Ryan?s great progress over the season and the speed, professional attitude and work ethic that he showed us in testing,” said team manager Lars Kaufmann in regards to the signing. “We look for drivers who have not just the talent to go all the way, but those who also demonstrate the discipline, independence and intellectual ability required to get there. We have high expectations for Ryan as a member of the JKR team.”

Tveter is currently participating in Toyota Racing Series, where he sits seventh in the standings after three rounds with one podium finish so far. The American is the second Formula Renault NEC graduate confirmed to be making the step to the Eurocup, as Jack Aitken has previously been announced with Fortec Motorsports.

Cerruti to race for Super Nova in Auto GP