Cerruti to race for Super Nova in Auto GP 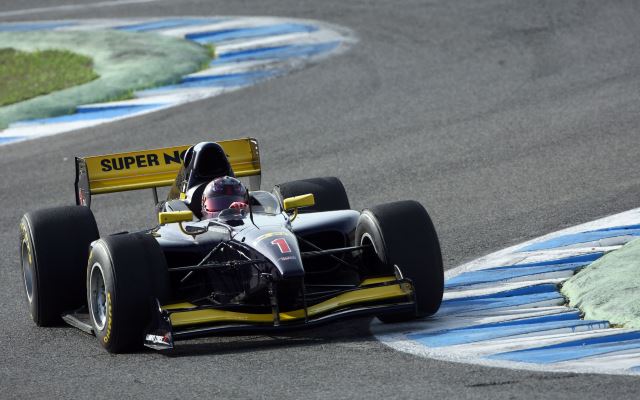 A race-winner in the Superstars touring car series and Italian GTs, Cerruti began racing single-seaters in 2012. She began last year in the FIA F3 European Championship and finished it with Auto GP appearances at the Nurburgring and Brno with the MLR71 team, scoring five points.

The 26-year-old joined Super Nova in post-season testing and impressed the former F3000 and GP2 powerhouse, which has won the last two Auto GP titles with Adrian Quaife-Hobbs and Vittorio Ghirelli.

“We worked well with Miki during our winter test program and were very impressed with her performance over the four days that we spent in Vallelunga and Jerez, where she was consistently in the top three on the time sheets,” said team manager John Sears.

“We are excited to be part of her development and believe that she has the ability and capacity to compete at the front of the Auto GP field. We will manage her growth step by step but I believe that scoring podiums is certainly a realistic target for this season.

Cerruti added: ?It is great to join Super Nova in Auto GP – I feel it was a lucky shot to begin the relationship at the end of last year in order to help decide on my direction for 2014. For a driver it is good to know that I have a winning team and car combination and we worked very well in the testing together. I know that I need to improve and the team has already showed that they will help to guide me.

“It is the first time I have worked with a non-Italian team and I admire the way that Super Nova work and appreciate and understand that we are pushing for a common goal. The team work is a key factor and it is important to see that the team believes in me so that I can concentrate on driving, knowing that everything else is taken care of professionally.?