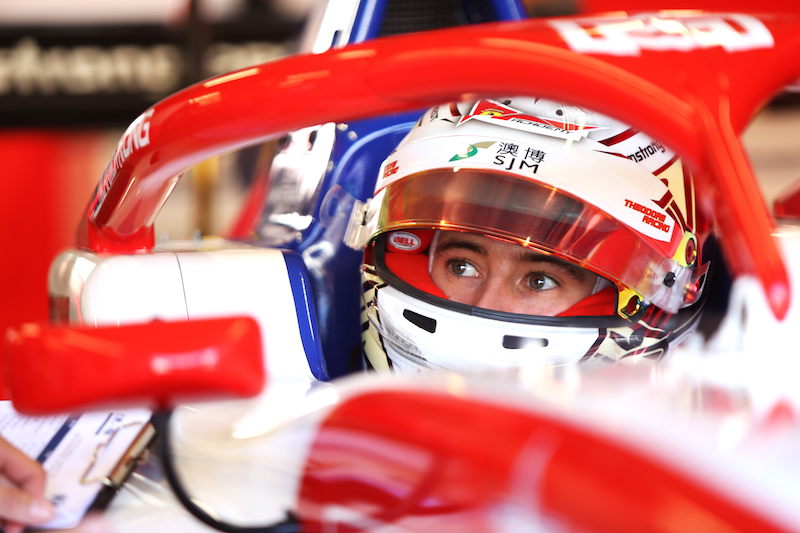 Marcus Armstrong was fastest in the first practice session of a new era of Formula 3 at the Macau Grand Prix ahead of relative circuit veterans Jake Hughes and Dan Ticktum.

Two-time winner Ticktum, returning Formula 2 racer Callum Ilott and Hughes all took turns on top spot before Prema driver Armstrong went quickest with two and a half minutes remaining by nine tenths of a second.

Armstrong, who finished eighth on his Macau debut in last year’s race, then found another seven tenths on his next lap to finish up fastest with a 2m08.023s.

The New Zealander’s FIA F3 Championship-winning team-mate Robert Shwartzman moved up into second place, but would be demoted back to fourth behind HWA’s Hughes and Carlin driver Ticktum.

Richard Verschoor was consistently the most impressive Macau newcomer for MP Motorsport, leading the way early on and setting another quick time late on to finish fifth.

Ilott, in his first session behind the wheel of the FIA F3 car for Sauber Junior Team by Charouz, ended up sixth in front of Frederik Vesti and Enaam Ahmed – late call-ups for Prema and Campos respectively – who set identical times.

The session went by almost without major incident, the exception being Yuki Tsunoda’s crash at Hospital bend causing a virtual safety car period with 16 minutes to go.

His Hitech and Red Bull colleague Juri Vips finished only 26th after the 30 runners following an apparent Drag Reduction System failure, having driven a lap with his rear wing open before pitting.