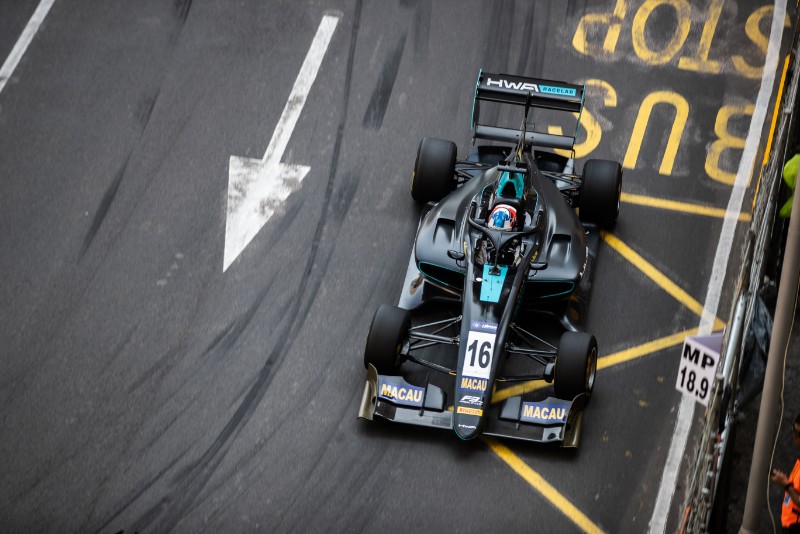 Four red flags halted running. The first came at the halfway mark when Campos Racing’s Enaam Ahmed made contact with the barriers. Though he was able to get going again, he leaked fluid across the track as he made his way to the pits.

Ferrari junior Marcus Armstrong was top of the order after the first 30 minutes, though dropped to fourth as Beckmann and his Prema team-mates Robert Schwartzman and Frederik Vesti all found improvements after the track turned green again.

Only five minutes after action resumed, the second red flag was brought when Hitech GP’s Max Fewtrell ran into the wall.

Beckmann also improved to go ahead of Vips, while Armstrong jumped back up to fourth.

Two more red flag periods disrupted the final 10 minutes of the session. Trident’s Olli Caldwell came to a stop on track with just six minutes on the clock, in his first weekend in FIA Formula 3 Championship cars. The session did resume, but there would be no improvements at the top.

Almost as soon as the track turned green, Shwartzman ran off at turn three and Campos’s Alessio Deledda came to a stop. Not long after, Yuki Tsunoda crashed and brought out the final red flag before he had even set a lap.