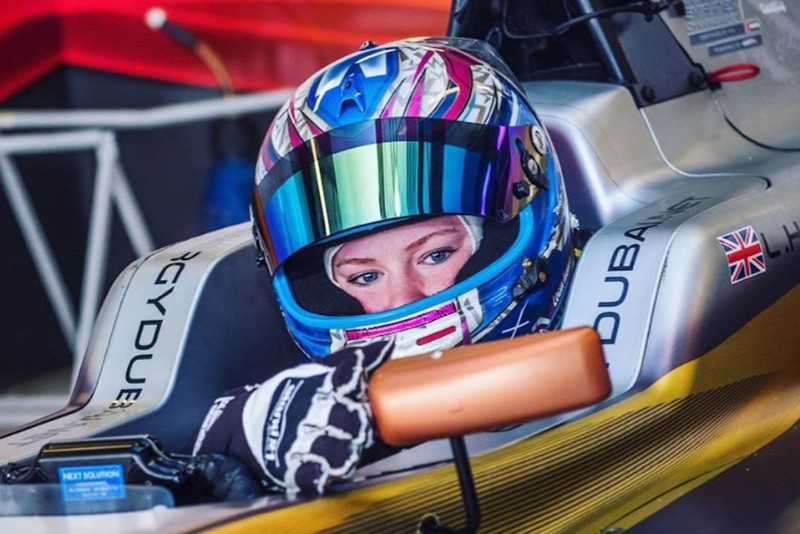 Juffali will race in the Formula E-supporting Jaguar I-PACE eTrophy in her home country of Saudi Arabia the week before Formula 1’s season ending race in the neighbouring United Arab Emirates on December 1.

The single-seater rookie will race for Dragon Racing, not to be confused with the FE team, while Hannah will return to the Dream Racing team which ran her in a F4 UAE cameo two years ago.

Former Dubai resident Hannah, a Young Racing Driver Academy member, is set for a move to BRSCC National FF1600 in 2020 after recently competing in the FFord Festival and Walter Hayes Trophy.

Juffali and Hannah are two of four female drivers confirmed to enter the non-championship F4 UAE round at Yas Marina, with sisters Amna and Hamda Al Quabaisi both signed to as yet unnamed teams.

Jordanian Manaf Hijjawi, also a karting graduate, will be team-mate to Juffali at Dragon and is the first confirmed driver for the 2019-20 MRF Challenge season that starts the week before at Dubai Autodrome.

So far, only Gohler and Shameli are down to race in the five-round F4 UAE season, which takes place between January and March next year.