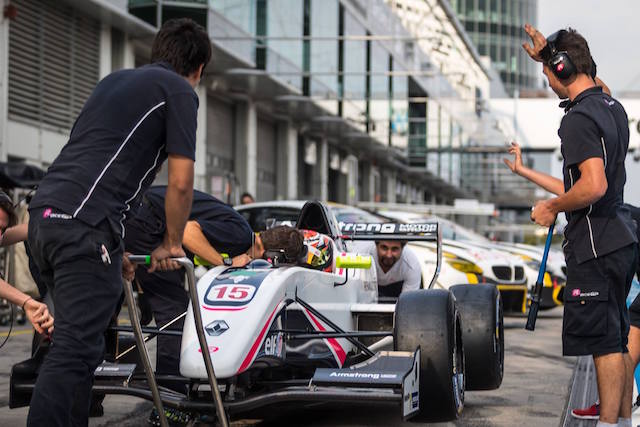 Armstrong will race a fourth R-ace GP entry alongside regulars?Max Defourny,?Will Palmer?and Julien Falchero, having taken part in official Eurocup?tests with the French squad at the end of last year.

Having won a number of titles in his home country, Armstrong has raced for Tony Kart in Europe in the past two seasons, coming 12th in the world championship in KF last year and 15th in KZ this year.

Having already contested some races in the Toyota 86 tin-top series and Formula Ford in his home country, he will now debut in Formula Renault after turning 16 in July.

?Testing lets a driver get familiar with the driving dynamics of full-sized ?wings and slicks? modern composite race cars, but racing is completely different,” he said.

“To make the transition next year I need competition experience at this level. This weekend is the next step for me.

?I?m very much looking forward to gaining experience and knowledge from the racing and also within the team this weekend.”

Alexander Vartanyan, who also turned 16 in July, will also make his Formula Renault debut at the Nurburgring with Fortec, fresh from his first SMP Formula 4 win in Finland last weekend.

Three two-hour test sessions were held at the Nurburgring on Thursday, with Armstrong coming seventh in the final session.