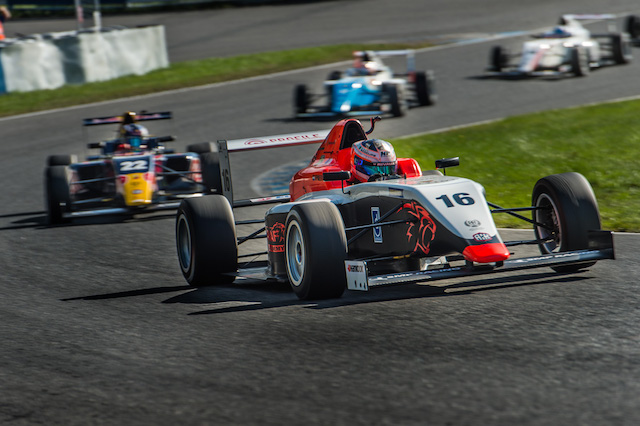 Jarno Opmeer won twice and?Alexander Vartanyan?once in the final round of the SMP NEZ Formula 4 Championship at Ahvenisto, as champion?Richard Verschoor had his victory?streak ended.

Red Bull Junior Verschoor had won 10 straight races in the series up until wrapping up the title at Anderstorp a week ago, but had to settle for a third and two seconds in Finland.

Opmeer claimed race one pole in a drying qualifying session and took victory by nearly a second over?Nerses Isaakyan, with Verschoor working his way up from fifth to third on the first lap.

Verschoor grabbed second from Isaakyan at the start of race two, but was unable to prevent fellow Dutchman Opmeer notching up another win.

Verschoor claimed pole for race three with the best time in the second qualifying session, but made a poor getaway and Vartanyan shot into the lead from third.

Vartanyan?held on by a tenth over Verschoor as he claimed a long-awaited?first victory of his car racing career and the first win for a Russian driver in the series this season.