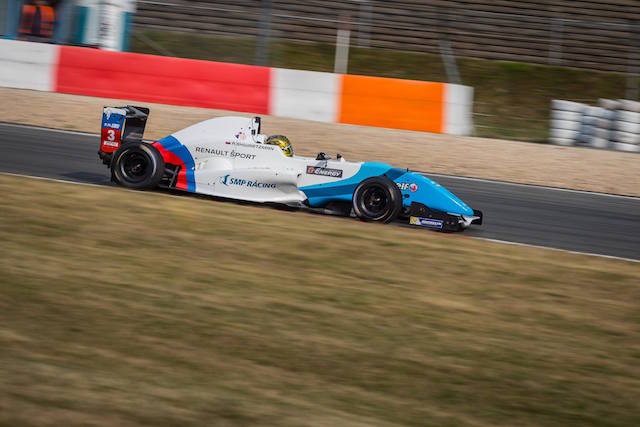 Robert Shwartzman beat team-mate?Lando Norris?off the line to score his first Formula Renault victory in the opening race of the NEC round?at the Nurburgring.

Having qualified second to Norris,?the Russian, who turned 17 on Friday, got the?better launch?and capitalised on his inside line to take the lead down the inside.

The safety car came out for the second lap after opening-tour incidents that eliminated AVF drivers Julia Pankiewicz and Nerses Isaakyan, but?Shwartzman appeared to build a safe advantage soon afterwards.

Norris however was able to cut the gap to his Josef Kaufmann Racing team-mate to under half a second in the closing stages, and had a dive?down the inside at the very last corner of the race, but Shwartzman – who said a flat-spotted front-right tyre caused his loss of pace late on -?managed to stay?ahead and take victory.

Kiwi karter?Marcus Armstrong started his first Formula Renault race in 14th, and although he slipped back to 17th?on the first lap, he showed strong speed late on, catching and harrying?Henrique Chaves.

An attempt to pass the Portuguese driver around the outside of Turn 11 with two laps left led to him being forced wide, but he managed to complete the move one lap later and finish 15th.

Fellow debutant Alexander Vartanyan had a more difficult race, falling back to 20th.