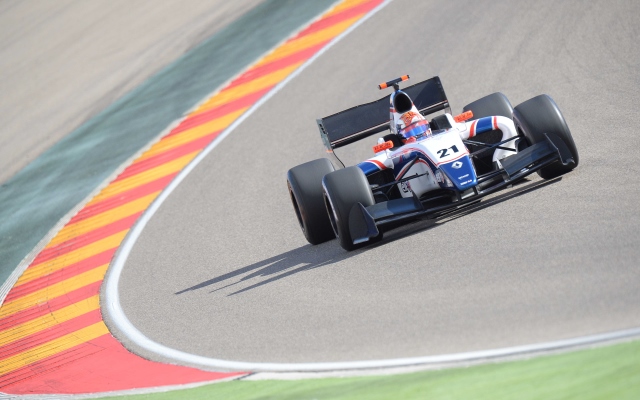 Raffaele Marciello remains a cut above the rest in the Formula Renault 3.5 test at Motorland Aragon as he carried his pace into the second morning.

Still driving for Strakka Racing, the Ferrari ace continued the speed that saw him top both of Wednesday’s sessions as he finished 0.325 seconds clear of Red Bull-backed counterpart Carlos Sainz (DAMS).

Jazeman Jaafar took third place after stepping into the sole car that the ISR team are running this week, with Will Buller fourth having switched to AV Formula. Nico Muller was fifth for Comtec, with Fortec’s Oliver Rowland in sixth.

F3 Open driver Liam Venter crashed his Comtec car in the final half hour, bringing out the red flag while the tyre barrier was repaired.