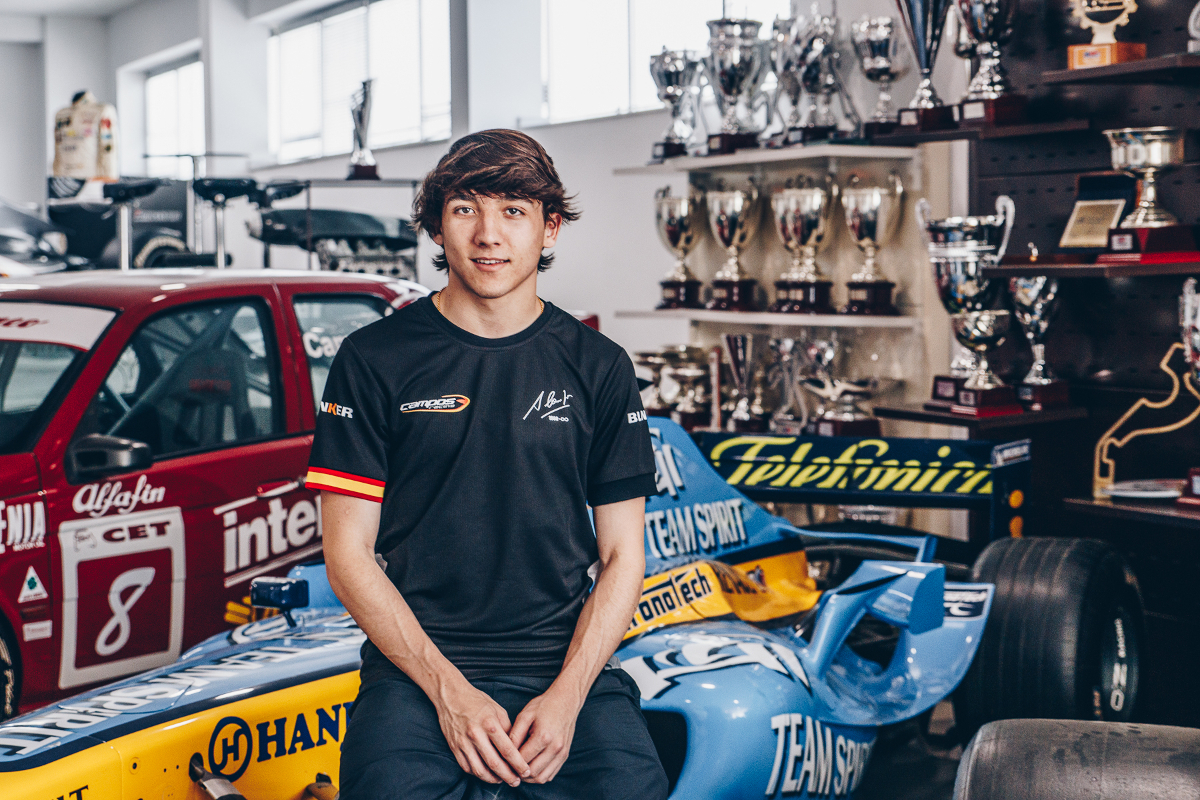 Manuel Espirito Santo has left Teo Martin Motorsport to join Campos Racing for the rest of the Spanish Formula 4 season.

It will mark the fourth different team that the 18-year-old has driven for in the championship since his debut in 2018.

He first tested with Drivex School at the end of 2018, having only been karting for a year, then raced in F4 with the team 11 months later at Barcelona and came eighth on debut. In 2020 he did senior karting in his home country of Portugal as well as a second F4 test programme with MP Motorsport, who he raced for in Spanish F4 last year. His best finish so far is a fifth.

“I am really excited to be joining Campos for the rest of the season,” Espirito Santo said.

“I know they will help me in my goals for the season, so we are going all out in this third round in Valencia this weekend and I believe we will be able to achieve good results.”

He currently sits 20th in the championship standings, with his two-round stint at Teo Martin failing to result in any points.

Campos’s team principal Adrian Campos Jr said “I would like to extend a warm welcome to Manuel. He is a talented driver who has already displayed his racing skills. Our goal is to help him to continue making further improvements and I feel confident he will be fighting up the front on a regular basis with us.”

There will be five Campos-run cars present at Valencia’s Ricardo Tormo circuit for round three of the season this weekend, split across two team entities.

Points leader Nikola Tsolov and Espirito Santo will represent ‘Campos’, while Hugh Barter, Georg Kelstrup and Filip Jenic will score points for ‘Campos Racing’. The split has come about as Spanish F4 introduced a limit of four cars per team for 2022, meaning those that signed more than four drivers had to split their line-ups into two seperate licenses.

Jesse Carrasquedo Jr started 2022 as Tsolov’s team-mate, but has not raced since the Algarve season opener due to injury.

Taking Espirito Santo’s place at Teo Martin for this weekend is Daniel Macia. He won a seat with Formula de Campeones in 2020 in the team’s Valencia shootout but deferred his graduation to single-seaters by a year and came fifth in Spanish F4 last year with one pole and six podiums.

For 2022 he returned to karting in Spain’s national KZ shifter kart championship, and is second in the standings after two of the season’s four rounds.

“We are finally back!” Macia said. “Super happy to be able to announce that we are competing again in Spanish F4 hand in hand with Teo Martin Motorsport. What better way than to do it at home, in the RFEDA Racing Weekend of Circuit Valencia. Let’s go for it guys!”