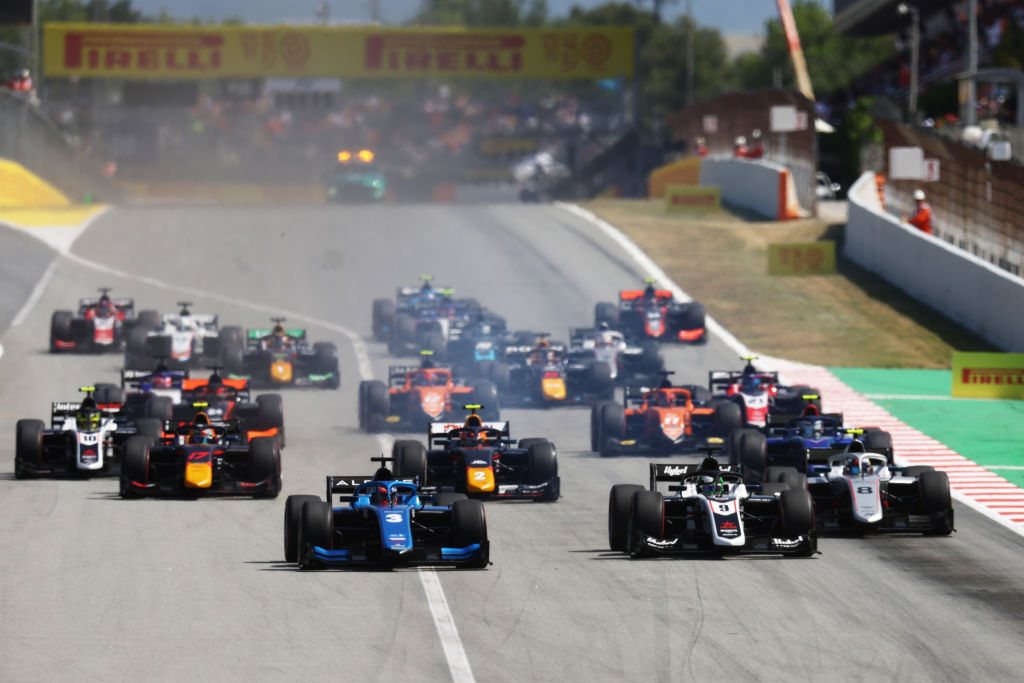 There’s a lot of racing to go, but Craig Woollard argues that both F2 and F3 can go one of many ways in 2022

If there is one thing that a pure, diehard motorsport fan enjoys seeing, it’s close competition. That’s what us fans thrive off of. It’s what keeps us hooked and it’s why we keep coming back for more.

Both Formula 2 and FIA Formula 3 feel closer than ever this year, and that is a testament to the jobs that the teams have done and the quality of the drivers (for the most part) taking part. Many are aligned to Formula 1 teams already, and plenty others are doing a good job of putting themselves in the shop window to them on a grand prix weekend.

This writer fondly remember raising an eyebrow last year when Zhou Guanyu said 10 drivers could be in the mix for the 2021 F2 title, but it does feel that we’re heading in that direction in F3. In F2 less so, but that is still wildly open this year.

Perhaps the most telling stat with F2 is that Virtuosi Racing has had two of the five poles this year yet sat absolutely last in the teams’ standings before the Barcelona feature race, the eighth race of the season. Jack Doohan – who claimed those two poles – has scored all but two of its 47 points, and both he and team-mate Marino Sato have had scruffy seasons, showcasing the fine margins between the front and the back this year.

That’s one of the quickest teams in F2. Two years ago, when the 18-inch rim Pirelli tyres were introduced, it was undoubtably the quickest. Prema, in particular in Oscar Piastri’s highly capable hands and feet, looked to have the edge over Virtuosi last year but this year it’s hard to tell who’s on top.

The little mistakes that have been creeping in from teams and drivers, and the little reliability troubles that still plague the Dallara F2 2018 car in its fifth season, are making all the extra bit of difference this season. Fewer points on offer in the sprint races has emphasised the importance of qualifying, but that is really close. 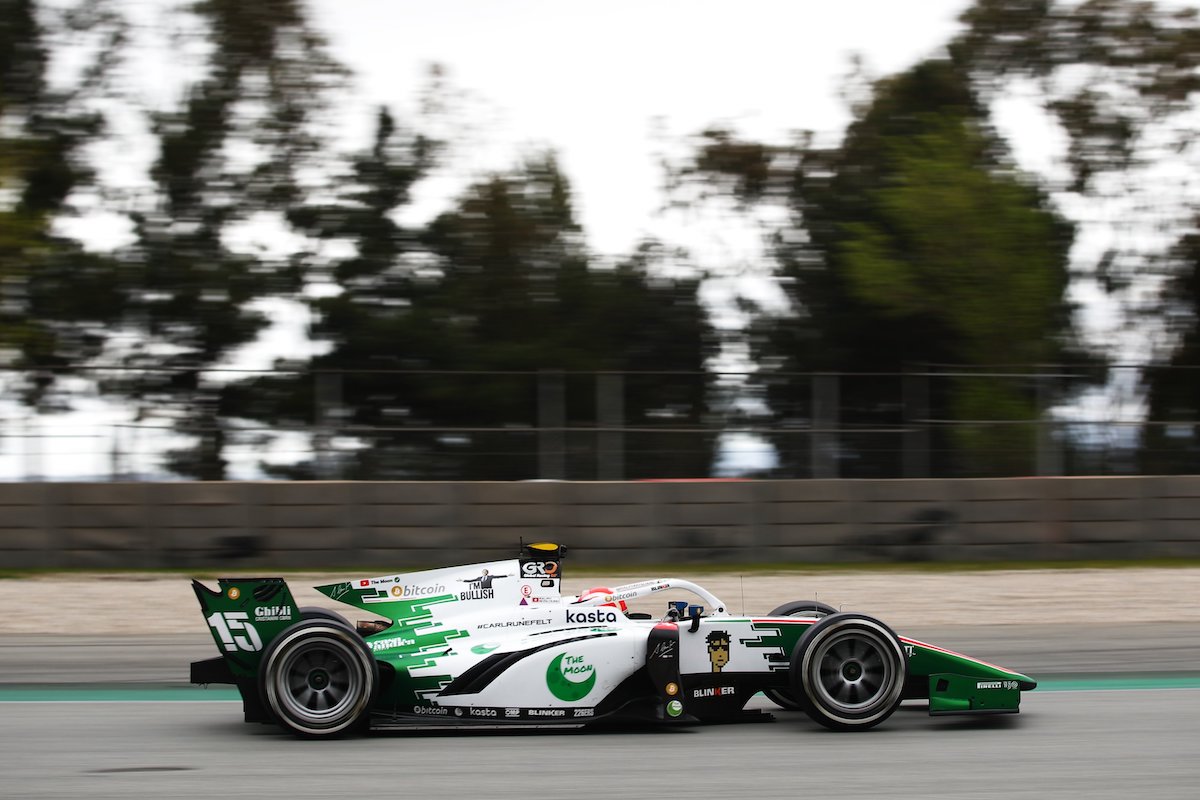 Barcelona is a really good benchmark to go off as teams test there and all of the drivers know it, so it’s a circuit where each combination is closer to its ultimate pace than say Monaco where everyone finishes the weekend knowing there was another one or two seconds of laptime to be found with more time on track.

At Barcelona there were 10 different teams occupying the first 11 places in qualifying. Only ART Grand Prix (third and seventh) got both of its cars in the grid’s top half, while Campos Racing was the only team not to be there. However its usual frontrunner Ralph Boschung was absent from qualifying due to neck pain but his average qualifying position has been sixth.

Those 10 teams were all within 0.669% of Doohan’s pole time. That’s remarkable competitiveness, not least with one new team this year. And what we have seen so far is that there is no one outstanding team in executing races, and it’s ebbing and flowing from weekend to weekend. It will take another Piastri to come along and completely reshape the narrative, and the combination will need to be pretty much perfect to do so. Otherwise, it will be a crazy scrap for the 2022 title.

Formula Scout put the question of whether F2 is really competitive to a couple of drivers over the Barcelona weekend.

“Yeah, I think so,” said Felipe Drugovich, winner of both races at Barcelona and the F2 leader by 32 points; a handy but not insurmountable margin. “If you look back in the past years, maybe before 2020 or even in GP2, there were just certain teams that were winning, and it was quite a big difference from the top teams to the back teams.

“And nowadays it’s quite different, we are just quite similar every time and the positions are changing throughout each track. So every team is very well prepared and I think maybe it’s going to be like this until the end of the year, we need to wait and see.”

For DAMS’ Ayumu Iwasa, he identified qualifying on tracks he has never been on as a key point of focus to keep it close with his experienced rivals. “I think actually that taking points in the feature races is really important because they’re big points. 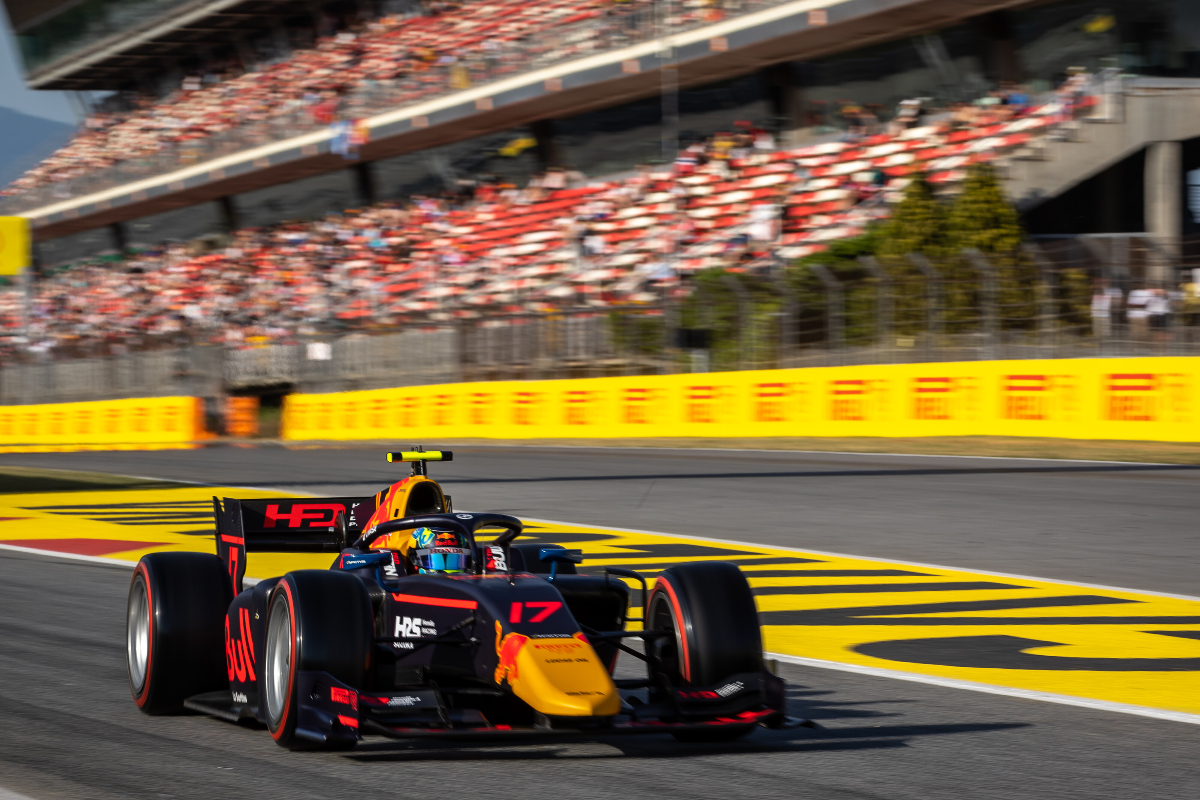 “Also I have some tracks which I’ve never driven before, so I need to work on those circuits but I have good confidence in the car so I think I will be able to push from the beginning of the weekend and I need to get a good result in qualifying which would be really important because otherwise I cannot get a good grid [spot] on the feature race, so it will be really important.”

And while he’s right, it will be important to make the most out of a high grid spot. While Drugovich was clinical in Jeddah and then at Barcelona, both Juri Vips and Doohan have squandered pole positions this year and sit fifth and sixth in the standings. They’re 64 and 68 points beind Drugovich, having scored less than half of what he has so far, but with an incredible nine rounds still to go in this record-length season it means there’s still 351 points available to score.

Because of the calendar length, scoring big (but not necessarily massive) will make the difference this year. Just ask Prema’s Jehan Daruvala, who has been doing exactly that and is third in the standings despite no wins and an electrical issue that put him out of the Barcelona feature race. That “demoralising” retirement could potentially be very costly in the title fight.

And what of FIA F3? With 30 cars on the grid, the gap between pole and 11th in Barcelona qualifying was just 0.382% – even closer than in F2. Six of the 10 teams made that top 11, with the top five covered by 0.230%. The title picture is very tight, with 19 points separating the lead five and with several more drivers capable of podiums and wins.

“Especially qualifying, it’s really, really tight,” outlined MP Motorsport’s Caio Collet. “I felt I did a good lap [at Barcelona], I had a few mistakes during the lap and I was quite surprised I was P7 – that close – so obviously you need to maximise everything you can, and do the fewest mistakes as possible in every session you go out because it’s very, very close.” 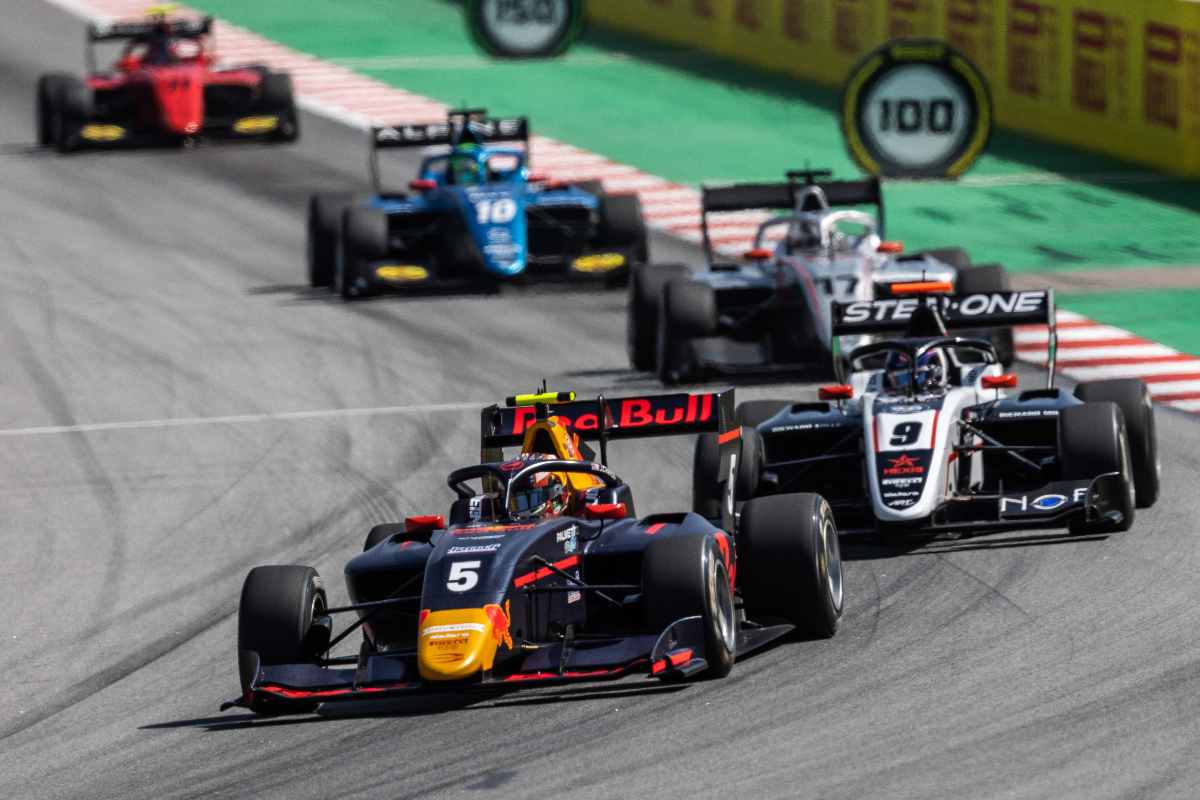 Campos Racing’s David Vidales, currently one point and one position ahead of Collet in the standings in 10th place, also pointed out the important word beginning with ‘c’: “Everything is really close. The good thing is that no one has really been able to create a gap to the other drivers and from our side, we have been in the points for four out of five races so consistency is one of the keys in this championship. In quali everything is very close, so one tenth can make a big difference and put you from top five to not even getting in the top 12. Everything makes the difference, and you have to focus on all the small things to get a good position in qualifying.”

Prema’s Jak Crawford added: “It’s really competitive. There are a lot of good drivers, good teams, and everything makes the difference. Yesterday, for instance, I had a bit of traffic, lost two tenths on my lap and that’s the difference between P9 and the top three [in qualifying].”

The level of F2 and FIA F3 is outrageously high, which makes it all the more difficult to watch when it is something beyond a driver’s control that affects their race. These little things will change so much in championships so tight, and how the picture shapes out will be very fun to watch from afar.

Hopefully there is a proper title narrative to follow until the end, and things don’t pan out as Formula E did last season when 18 drivers went into the final weekend still capable of winning the title. If so, some very good drivers will be overlooked for really good drives next year, and plenty more will miss out on crucial FIA superlicence points that can end dreams of F1 even if they’ve excelled in their series.

At the start of the year, I thought Liam Lawson and Crawford would be the F2 and F3 champions. Now, who knows? It’s anyone’s guess.