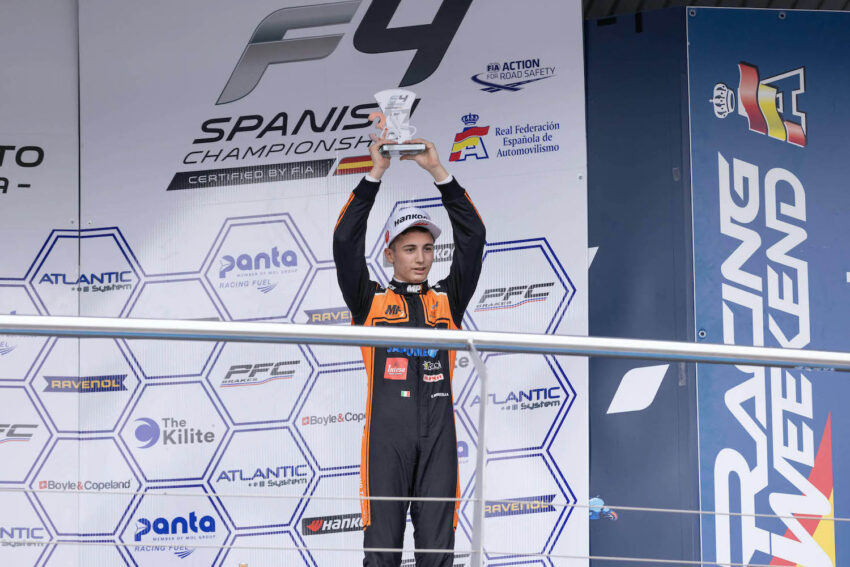 Valerio Rinicella, a racing student of Giancarlo Fisichella, has been added to AKM Motorsport’s Italian Formula 4 line-up for the remainder of the season.

The 15-year-old is in his rookie season of single-seater racing, and has been racing for MP Motorsport so far. He made his car racing debut in F4 United Arab Emirates, where he contested three rounds but failed to score.

After that winter series he then joined MP in Spanish F4, and sits eighth in the standings after the first two rounds with one podium finish to his name. He will do the full Spanish season as well as the five remaining Italian F4 rounds.

Ismail Akhmedkhodjaev will be Rinicella’s team-mate for the next Italian F4 date at Spa-Francorchamps on June 17-19, and although Brazilian F4 points leader Pedro Clerot appears on the initial entry list as driving for AKM it is unlikely that the Brazilian will appear at the event which currently has close to 40 entries. Clerot is set to appear at either the Red Bull Ring or Monza round later in the year, and sits 18th in the standings after the first two rounds of the season.

Cram Motorsport has a new driver in its line-up for next weekend’s Spa round, as it adds American rookie Nicholas Monteiro. He is third in Brazilian F4 after that series’ inaugural round, and concurrently karts in Brazil too.