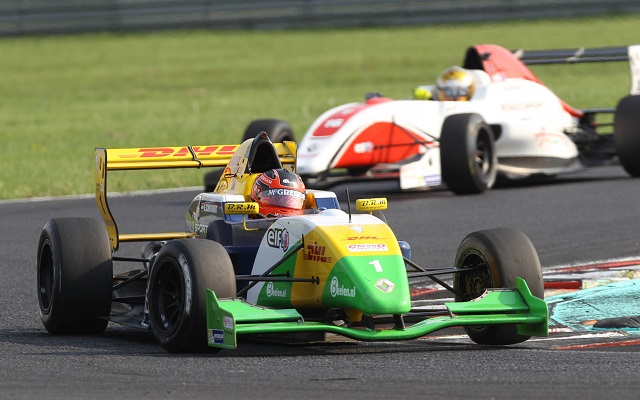 Schothorst, 19, made his Formula Renault debut in 2012 with Manor. He did a joint campaign in the Eurocup and Formula Renault NEC, finishing fifth in the latter with two wins.

In early 2013, the Dutchman finished a very successful campaign in the Toyota Racing Series in fourth, before entering his second season in the Eurocup, this time with Josef Kaufmann Racing. The main series’ campaign yielded one podium finish and 15th in the standings, but he shined yet again in NEC, adding a further three victories from ten appearances.

Pizzitola, 21, is a graduate of the French F4 championship, where he finished runner-up in 2011. He spent both of his seasons in the Eurocup with ART, taking 21st in 2012 with a maiden pole and 13th in 2013, scoring a podium in the season finale at Catalunya. Likewise, he fared better in NEC, scoring his first win in Formula Renault in the 2013 season opener.

Eurocup runner-up Oliver Rowland scored all of Manor’s points in last year’s Eurocup, taking the team to fourth in the standings.