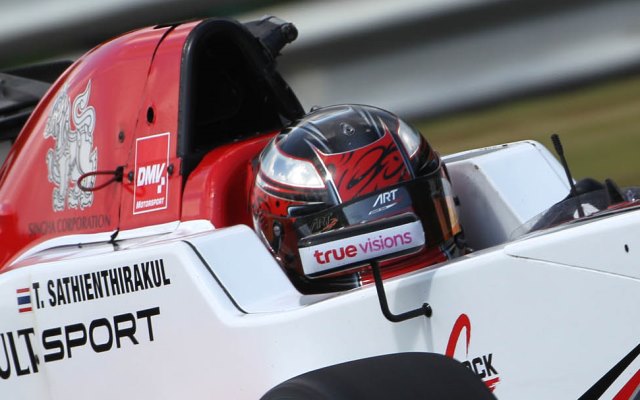 The 21-year-old has been racing single-seaters since 2012 after racking up a solid CV in karting. He joined Manor for his first year in cars and scored 60 points to take 27th in the Formula Renault 2.0 NEC standings.

For the follow-up campaign, Sathienthirakul signed with ART Junior Team and wound up doubling his points tally, which was enough for 11th in the drivers’ championship. He also contested a part-time campaign in Formula Masters China and secured a maiden victory in the season finale at Shanghai.

Sathienthirakul is the third driver to be confirmed for Team West-Tec’s main class lineup, alongside team protege Cameron Twynham and Yarin Stern.

“Tanart did a really good job in winter testing”, stated team principal John Miller. “At Valencia he was very fast and able to lap consistently as the quickest F3 Open car on the track. He fitted in superbly with the team and I am delighted to welcome him to the team for 2014, and I know he is going to do really well this year.”

Sathienthirakul’s compatriot Sandy Stuvik made the similar switch from Formula Renault racing to F3 Open last year and finished runner-up in the standings, narrowly losing out to West-Tec’s Ed Jones.