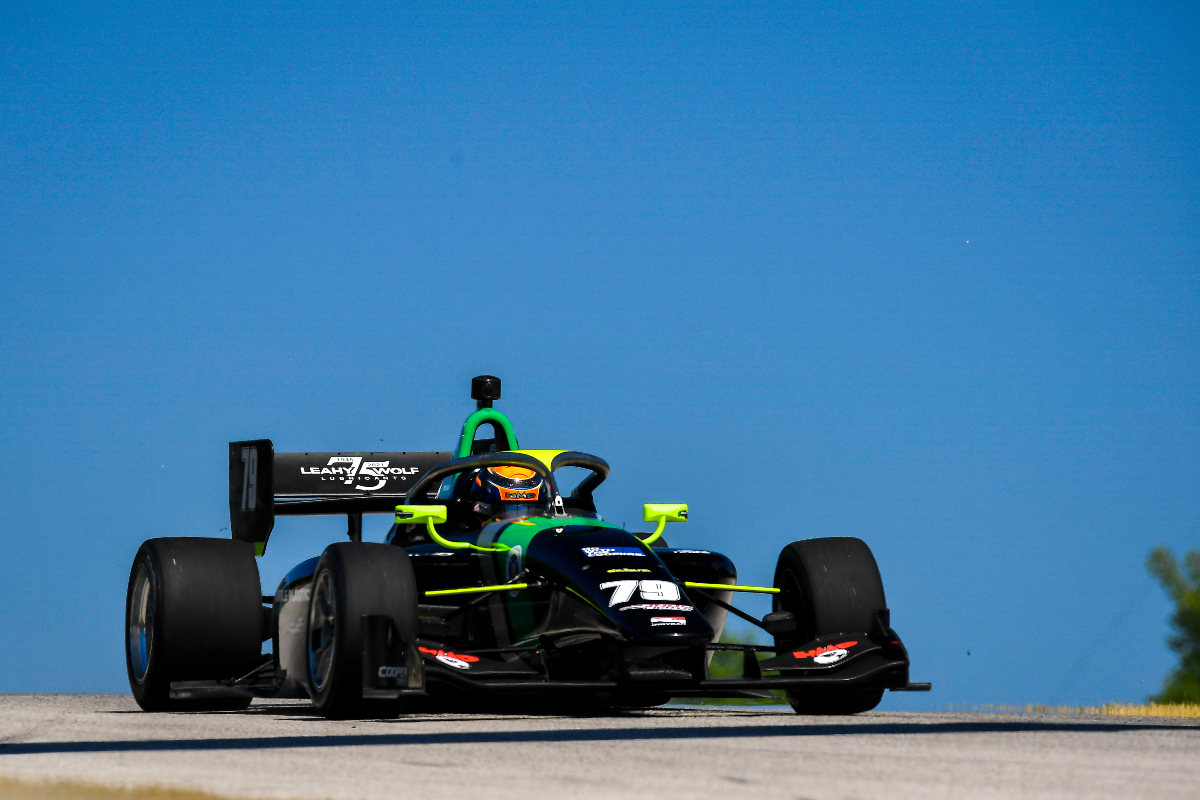 HMD Motorsports’ David Malukas took his fourth Indy Lights win of the season by dominating race two of the weekend at Road America.

Malukas got past Andretti Autosport’s poleman Danial Frost for the lead at the start and started to pull away immediately.

There was not much time before a caution period occurred, however, as Juncos Racing’s Toby Sowery made contact with Carlin with Jay Howard Driver Development’s Alex Peroni while also battling with Andretti’s Robert Megennis.

Sowery crashed out, while Peroni continued after pitting for a new front wing.

Once the race resumed after a brief caution, Malukas was able to maintain a decent lead at the front of the pack and control the race.

Frost, meanwhile, lost second to Megennis with five laps remaining after the latter made a big error at Turn 5.

The Singaporean driver almost lost third to the recovering Peroni on the final lap too, but was able to hold on by just under half a second. Peroni finished fourth, ahead of Global Racing Group with HMD’s Linus Lundqvist.

Pre-race points leader Kyle Kirkwood had to pit at the end of lap six after running wide at the final corner. Mechanics were then seen working on the left-front corner of his car, and he finished the race 12th and four laps down.

Devlin DeFrancesco ran high up early on but slipped back to sixth, ahead of Lundqvist’s team-mate Benjamin Pedersen.