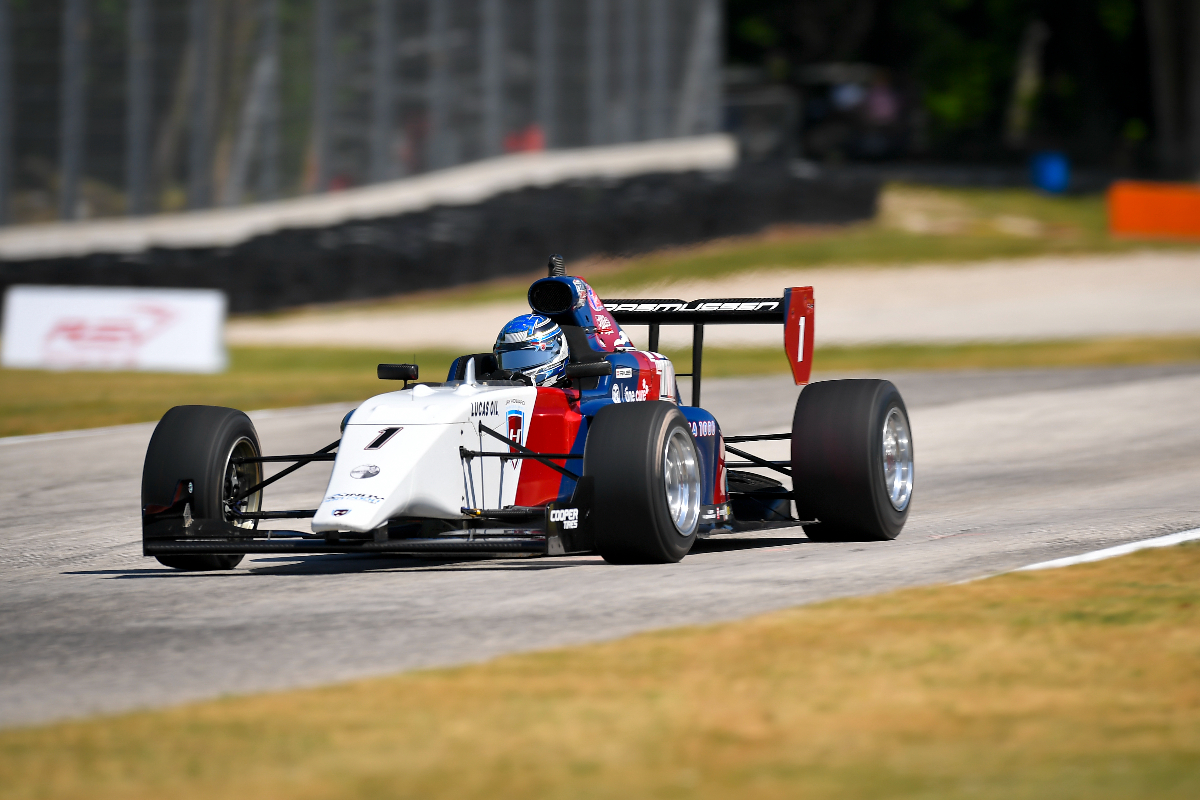 Rasmussen started third and battled with Gold, who had his car worked on in the pits immediately before the start but was able to retain his second spot, while Gold’s Juncos team-mate Manuel Sulaiman led at the front.

Exclusive Autosport’s Artem Petrov also featured at the front in the early stages of the 15-lap race, performing a mega lunge to put himself into lead contention.

Rasmussen got into the lead on lap five in a three-wide pass on Petrov and Sulaiman shortly before yellow flags were waved.

Petrov had clipped the back of Juncos’s Kyffin Simpson and got airborne. Petrov was out but Simpson was able to continue on.

On the restart, Gold got past Rasmussen to take the lead while Simpson continued to have speed out towards the front.

There was a second caution period a few laps later as Turn 3 Motorsport’s James Roe suffered a hard hit at turn seven after a mechanical failure mid-corner.

Racing resumed with six laps to go, and Simpson got a fine jump and pressured Gold, which allowed Rasmussen to go into a lead he would not relinquish.

Further back, early leader Sulaiman slipped off the circuit at turn six and lost a number of positions.

Rasmussen was able to establish a small gap to Gold and Simpson to take his fifth win of the season after a huge crash in Saturday’s race.

After the huge crash on Saturday with Rasmussen that sent his car airborne, Miller Vinatieri Motorsport’s Jack William Miller did not take the start.