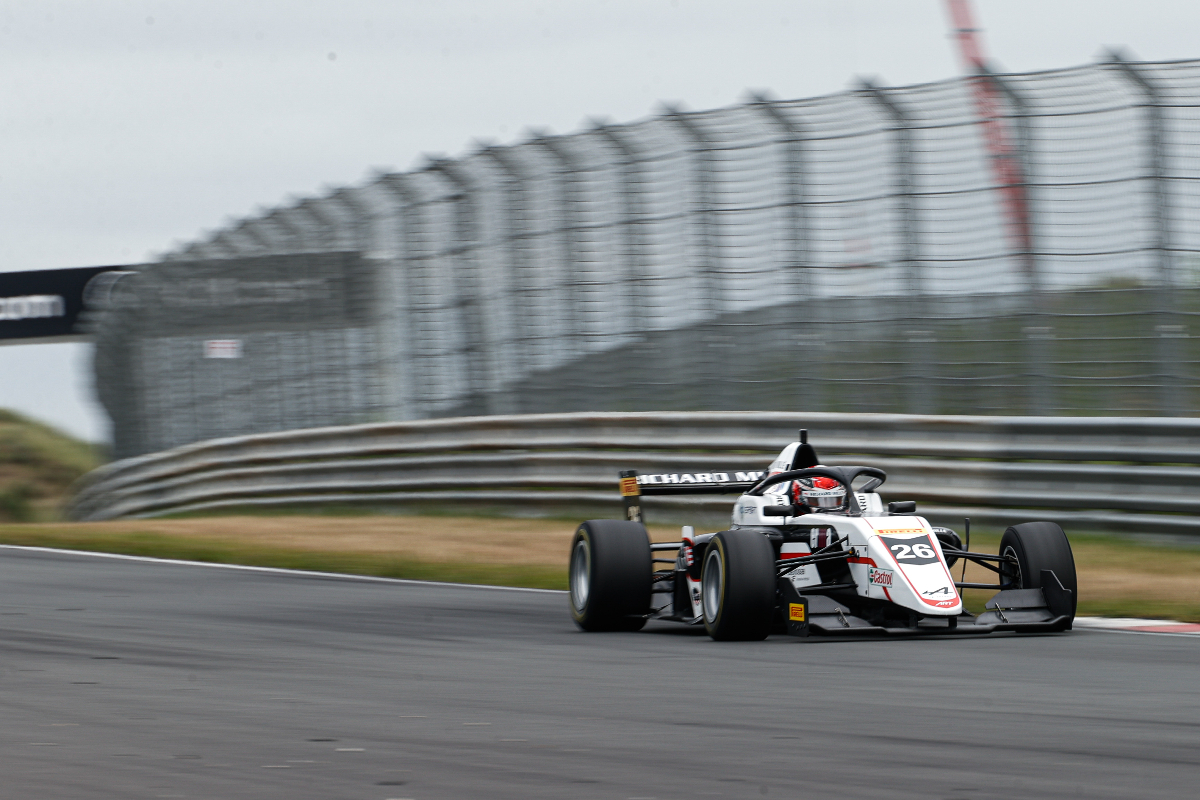 MP Motorsport driver Colapinto passed Saucy’s ART Grand Prix team-mate Gabriele Mini around the outside of the opening corner to move into second place on lap one, and after trying to ensure Mini didn’t get past in the opening laps he then set about chasing the leader.

However Saucy always had pace in hand, and any time Colapinto took a few tenths of a second out of his lead he responded and crossed the finish line with a second in hand after 21 laps.

Pizzi had MP’s Kas Haverkort and Prema’s Paul Aron behind him for the rest of the race, and did a strong defensive job to stay in fifth. Haverkort’s own defences got a little rough on one occassion, as it led to Aron going into the turn one gravel. He emerged unscathed and still in seventh place, and by finishing there he moves up to third in the points.

Similarly in eighth, R-ace GP’s Zane Maloney had to work all race to hold off VAR’s Mari Boya and MP’s Oliver Goethe.

Outside of the points was Maloney’s team-mates, with Hadrien David finishing 14th and now lying 64 points behind Saucy but still his closest rival in the championship standings. There was also an entertaining battle for 18th between FA Racing duo Andrea Rosso and Gabriel Bortoleto who squabbled with Prema’s Dino Beganovic.