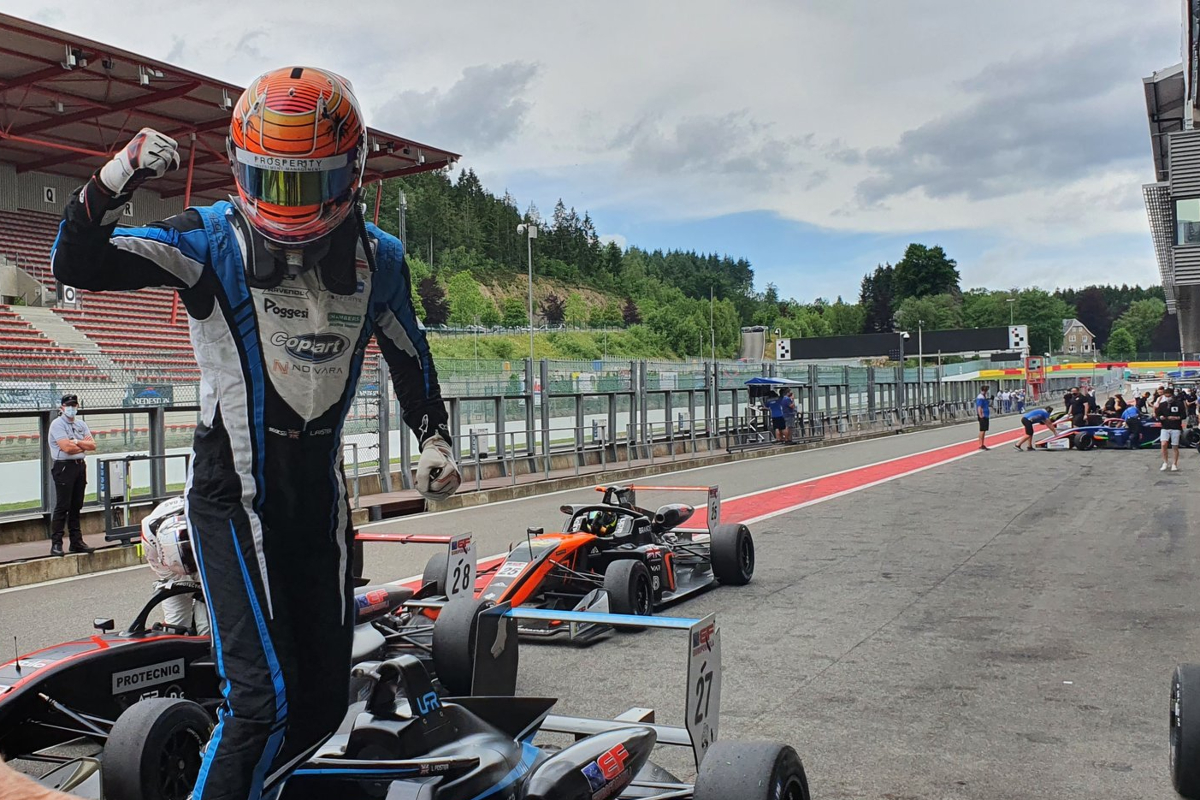 CryptoTower Racing Team’s Louis Foster completed a remarkable weekend triple of Euroformula wins at Spa-Francorchamps despite stalling at the start.

Foster started second, alongside points leader Cameron Das, but failed to get off the line and plummeted to last.

The combination of fresh tyres and the slipstream effect enabled him to rapidly close in on the pack and actually get past three drivers by the end of the lap.

He then set the fastest lap next time around and progressed to seventh, and on lap four of 14 made a great move around the outside of Double R Racing’s Joshua Mason at No Name for sixth.

It took a while for him to then close the gap to the group up ahead, but picked those of and at halfway distance was hounding Carlin’s Christian Mansell for third.

He got that move done with ease too, and next on his list was CryptoTower team-mate Nazim Azman. It took a while to get by the Malaysian, who had already dropped over three seconds behind leader Das.

Foster didn’t have to worry about the gap though, as battling further down the field between Motopark’s Vivien Keszthelyi and Double R’s Zdenek Chovanec ended in drama when contact at Bruxelles left Keszthelyi with a broken front wing and Chovanec into the barriers. The result was the safety car was called out.

The drivers were freed to race with two laps to go, and Foster made his move around the outside of Les Combes on the final lap. He and Das had brushed wheels going down the Kemmel Straight, and they were just as unforgiving when they got to the corner.

With his nose ahead, Foster used up more road entering the second part of the chicane and it left Das out in the cold and not happy. He wasn’t able to find a way back past in the remaining corners, and Foster took a stunning win.

Azman held on to third ahead of CryptoTower’s Filip Kaminiarz, who went on a late charge that included sneaking past Mansell as Les Combes and then passing Mansell at the finish.