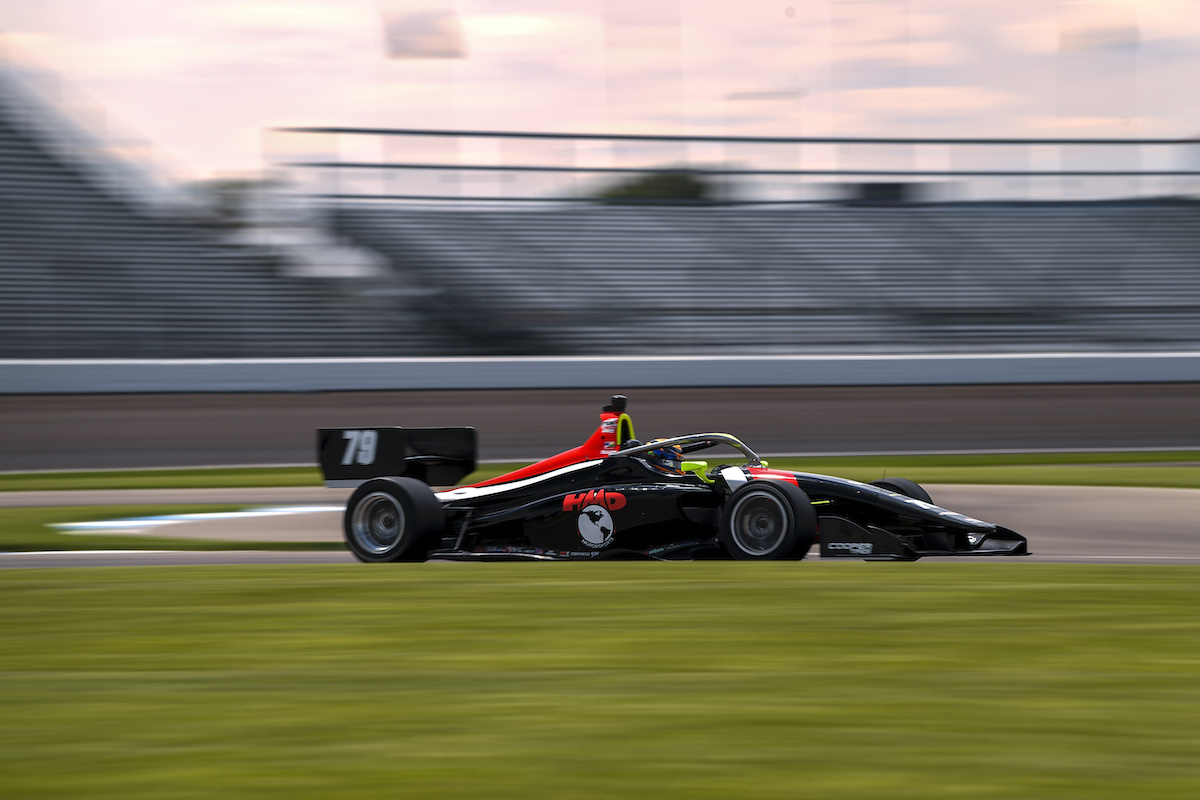 HMD Motorsports’ David Malukas is set to start on pole position for the second race of the Indy Lights weekend at Indianapolis after topping qualifying for the third time this season.

The 30-minute session went largely without incident, although there was the occasional moment where a driver ran wide on the course.

Malukas was towards the top of the order for much of the session and was behind Juncos Racing’s Toby Sowery in the first half of the session before the drivers pitted for fresh tyres.

It was with just a couple of minutes remaining when Malukas put in his best effort to go ahead of Global Racing Group with HMD’s Linus Lundqvist, who came to the fore towards the end of the session, by just over a tenth.

Sowery aborted his final run and is set to start third, while Carlin’s Alex Peroni was fourth fastest.

Juncos’s Sting Ray Robb rounded out the top five, sandwiched in a tight pack with Peroni and Andretti Autosport’s Kyle Kirkwood – who led an Andretti 6-7-8-9.

Danial Frost, Devlin DeFrancesco in his Steinbrenner co-entered car, and 2019 Indianapolis winner Robert Megennis followed, just ahead of GRG with HMD’s Benjamin Pedersen, who rounded out the top 10.