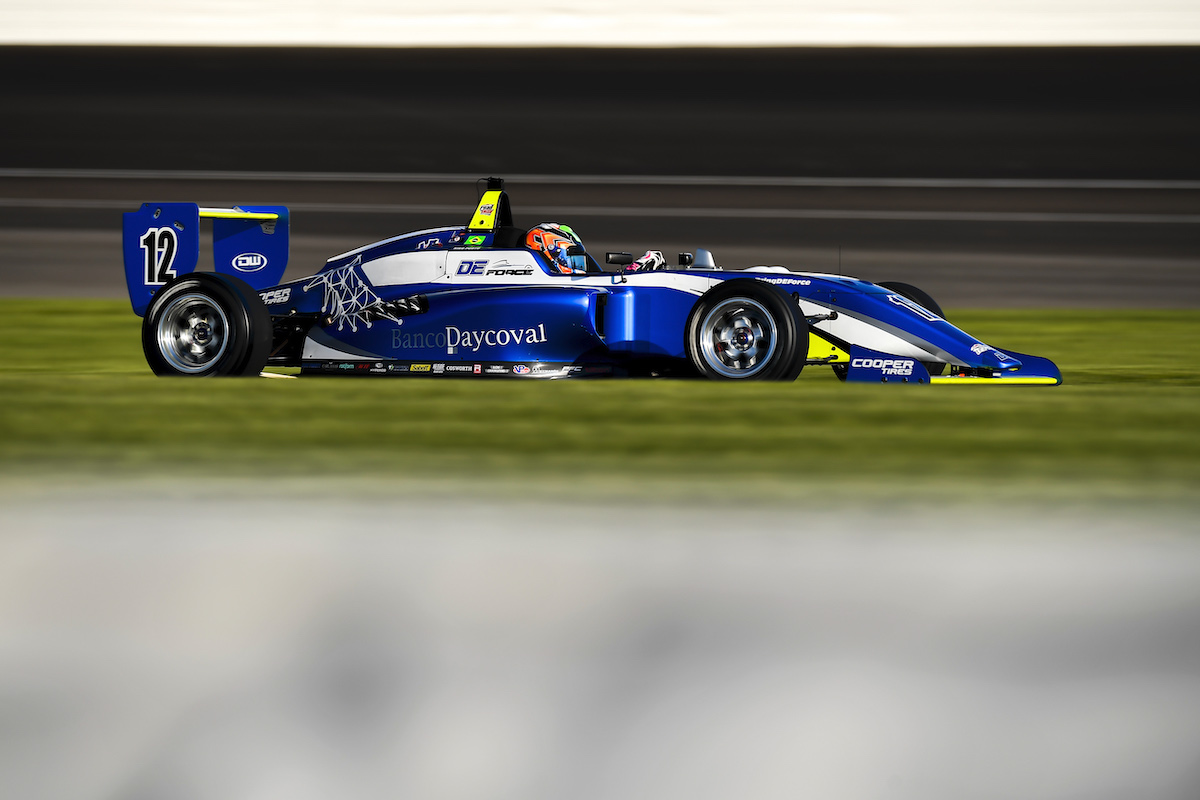 Porto started sixth and climbed up to fourth on the opening lap. The start of the 20-lap race was relatively clean until the field got to Turn 4. There, contact between Jay Howard Driver Development’s Bijoy Garg, Turn 3 Motorsport’s Dylan Christie and Force Indy’s Miles Rowe eliminated all three on the spot.

On top of that, Exclusive’s Grant Palmer and Legacy Autosport’s Simon Sikes sustained significant enough damage for them all to retire at the end of the opening tour. DEForce’s Nolan Siegel also had to pit but was able to continue.

When the race was restarted after five laps, polesitter Yuven Sundaramoorthy was beaten by Brooks on the run down to the first turn, while Porto overhauled Pabst Racing’s Josh Pierson for third.

Porto then proceeded to get past Pabst’s Sundaramoorthy and then Brooks on successive laps.

Brooks was able to come back to Porto but was unable to make a move stick. It is the Brazilian driver’s second win in the championship and his first of 2021, having won at the end of last season at St. Petersburg.

Brooks took second but Cape Motorsport’s Michael d’Orlando mugged the squabbling Pabst duo on the final lap to snatch the final spot on the podium, forcing Sundaramoorthy onto the grass into the penultimate braking zone of the lap, relegating him to fifth behind Pierson.

Cape’s Thomas Nepveu came out on top of a good scrap for sixth ahead of Prescott Campbell (DEForce), Spike Kohlbecker (Ignite Autosport) and Josh Green (Turn 3), with Jackson Lee (JHDD) rounding out the top 10.

After pitting for repairs, Siegel was able to recover to 15th after dropping to 21st. Exclusive’s Matt Round-Garrido was the race’s other retiree, having pulled off the circuit after receiving a drive-through penalty for blocking while racing around Siegel.