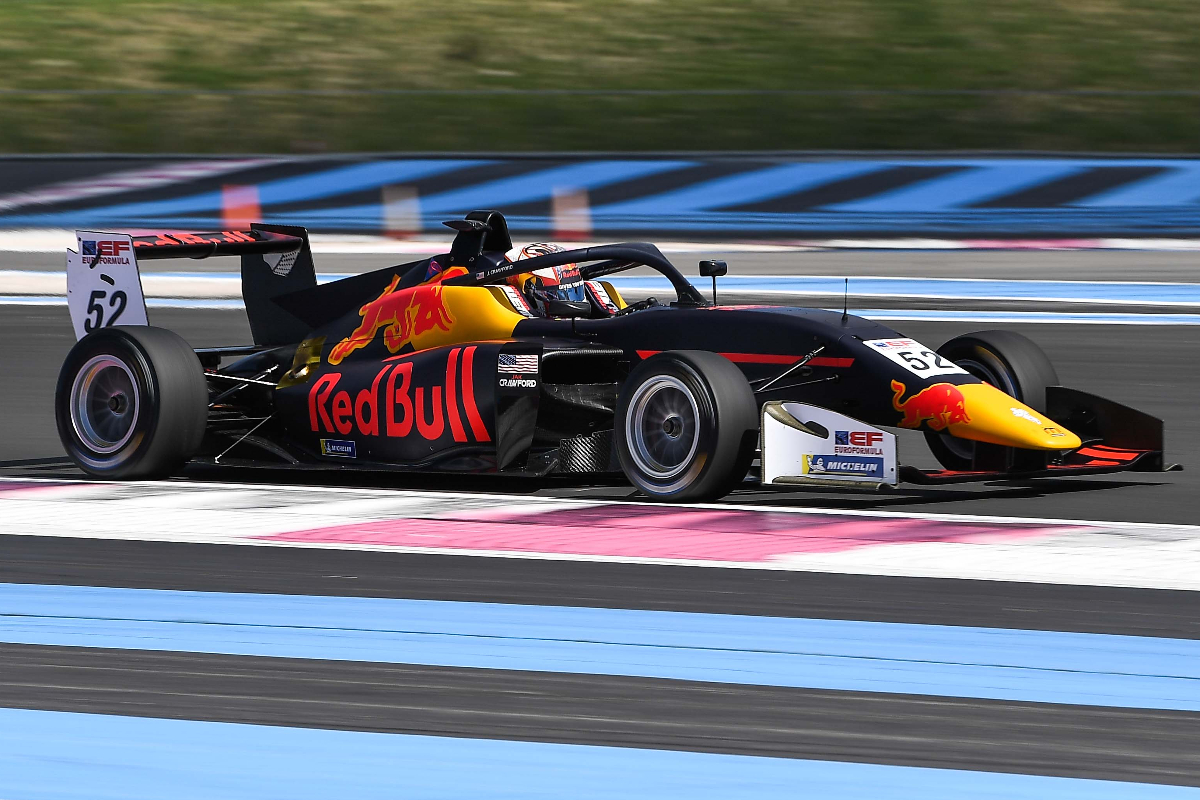 The Motopark driver missed the first two races of the Algarve season opener due to being underage, only debuting in the weekend’s final race. He then got to do qualifying for the first time at Paul Ricard, and ended up taking pole.

A strong start meant Crawford was comfortably ahead of team-mate Cameron Das going into the first corner of the race in France, and from there just edged away by a tenth or two each lap to build a lead of 1.5 seconds before the race was neutralised by the safety car after Drivex School’s Enzo Scionti stopped at the side of the track with smoke billowing out of his car.

Crawford escaped on the restart while Das recieved a bump from CryptoTower Racing Team’s Louis Foster exiting the first corner. That battle for second continued for several corners, and the time lost to Crawford was never regained as the American pulled further away to win by

Das snatched fastest lap from Crawford on the penultimate lap, but Crawford reclaimed it on the run to the chequered flag, while Foster dropped back in third as he struggled with his tyres more than the top two.

Initially Van Amersfoort Racing’s Rafael Villagomez kept with the podium battle, but the Mexican didn’t have the pace to match the top three and finished eight seconds back in fourth, with team-mate Casper Stevenson behind him in fifth.

With the driver finishing sixth also earning pole for the reversed grid second race it meant there was intense fighting for the position throughout. It was initially Stevenson in the position before Enzo Trulli fell from fourth, and Trulli then lost the position when CryptoTower’s Nazim Azman passed him using the run-off at the first corner.

Double R Racing’s Joshua Mason also passed Trulli but the Italian fought back, and was then handed back sixth by Azman when stewards deemed Azman’s pass illegal. Azman cleverly snatched the position back seconds later though, and therefore takes race two pole.