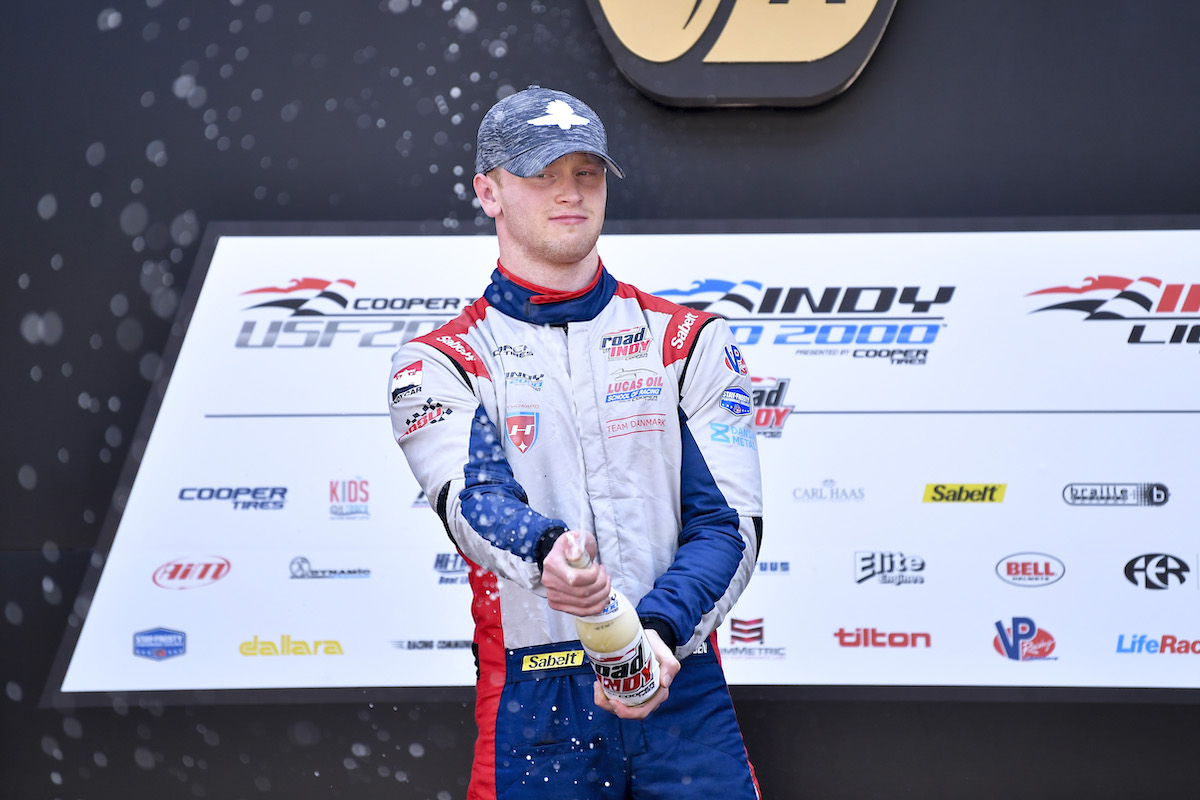 Jay Howard Driver Development’s Christian Rasmussen took his second Indy Pro 2000 win of the weekend at Indianapolis to close back up on points leader Braden Eves.

Rasmussen started third behind Juncos Racing’s Reece Gold and Exclusive Autosport driver Eves at the start but pulled a superb move around the outside of the first turn to take himself into the lead.

Gold slotted into second and sat around a second behind Rasmussen for much of the 25-lap race. Towards the end, Gold was able to close up somewhat. However, Rasmussen was able to resist any pressure to take his second victory of the weekend and close to just three points off Eves in the championship.

Eves, who dropped behind RP Motorsport’s Enaam Ahmed early on, was able to get back past to round out the podium.

Race two winner Artem Petrov started ninth and gradually worked his way up the order to finish fifth, getting by Juncos’s Kyffin Simpson towards the end.

Pabst Racing’s Hunter McElrea, Juncos’s Manuel Sulaiman, Miller Vinatieri Motorsports’ Jack William Miller and Pabst’s Colin Kaminsky rounded out the top 10. Kaminsky was running eighth but dropped down the order after running very wide at the first turn on the second lap but was able to recover a few spots.

Turn 3 Motorsport’s James Roe and JHDD’s Wyatt Brichacek were the last two finishers. Brichacek did start sixth but dropped down to the bottom of the order on the opening lap, and was unable to reclaim any lost positions.

Abel Motorsports’ Jacob Abel retiring with a mechanical issue towards the end safely and therefore without bringing out a caution flag.